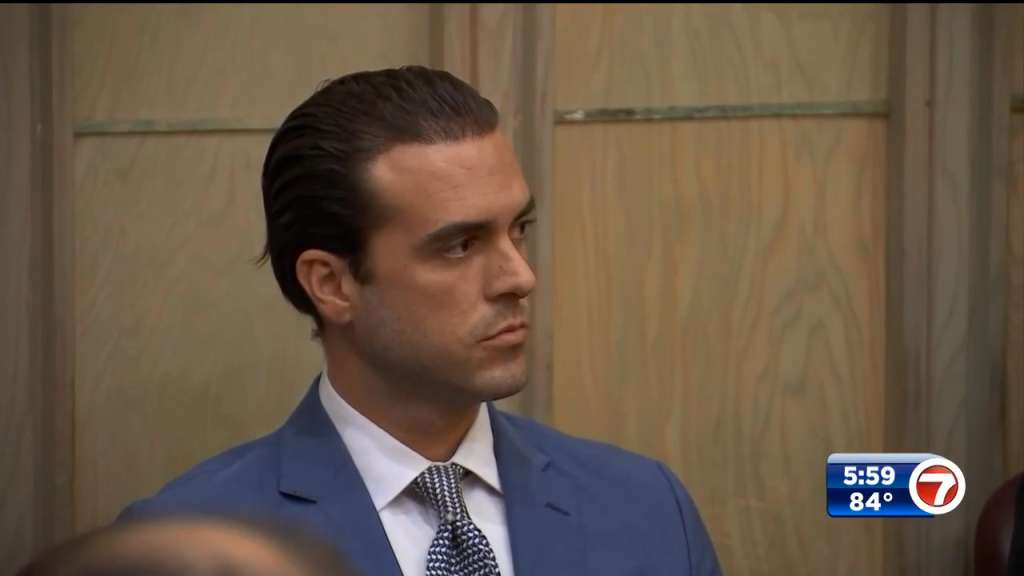 MIAMI (WSVN) – Telenovela star Pablo Lyle has been convicted of manslaughter in a road rage trial against him.

On Tuesday, the jury reached a verdict and found Lyle guilty on one count of manslaughter.

“We the jury find as follows, as to count one manslaughter, the defendant is guilty of manslaughter,” said the juror foreperson.

The jury is said to have made the decision after nearly five hours of deliberating.

As he was cuffed, Lyle’s family cried as they said their goodbyes and screamed, “We love you” and “stay strong,” until he was taken into custody.

The case goes back to 2019, when Lyle, his wife and children were heading to Miami International Airport to go back to Mexico City.

Lyle’s brother-in-law was behind the wheel when the road rage incident occurred. He had cut off 63-year-old Juan Ricardo Hernandez.

Surveillance video shows that during a March 31 traffic incident, Hernandez got out of his vehicle and angrily tried to confront Lyle and his brother-in-law. Lyle got out of the passenger seat, ran towards Hernandez and punched him. He suffered a traumatic brain injury and died four days later.

Lyle’s attorneys had said their client was defending himself from what he believed to be a violent attacker.

“All they knew for those seconds was it was a stranger,” said defense attorney Phil Reizenstein, “who had decided to intrude on their lives for reasons, for the most part, that we don’t know.”

Lyle made the decision to not take the stand on Monday.

He could face up to 15 years in state prison for the death of Hernandez.

It has been a long road for justice for the Hernandez Family, as they said it has been three years of waiting, and it has taken a toll.

“It was tough trying to live everything again, seeing the videos and all that,” said Otto Aguilar, the victim’s stepson, “and going through all of that again, but like I said, it’s going to be an end to our life.”

“The maximum is 15 and his guidelines, apparently, are a little over nine,” said Zena Duncan, the victim’s family attorney, “so I don’t know what we’re asking for yet. It’s a little too soon to say.”

Miami-Dade State Attorney’s Office Katherine Fernandez Rundle released a statement after the verdict was released, reading in part: “Two lives were destroyed by simple roadway anger, a situation we see far too often on our streets and on streets across the country.”

There is no set date for Lyle’s sentencing. It is expected at the end of the month into early November.