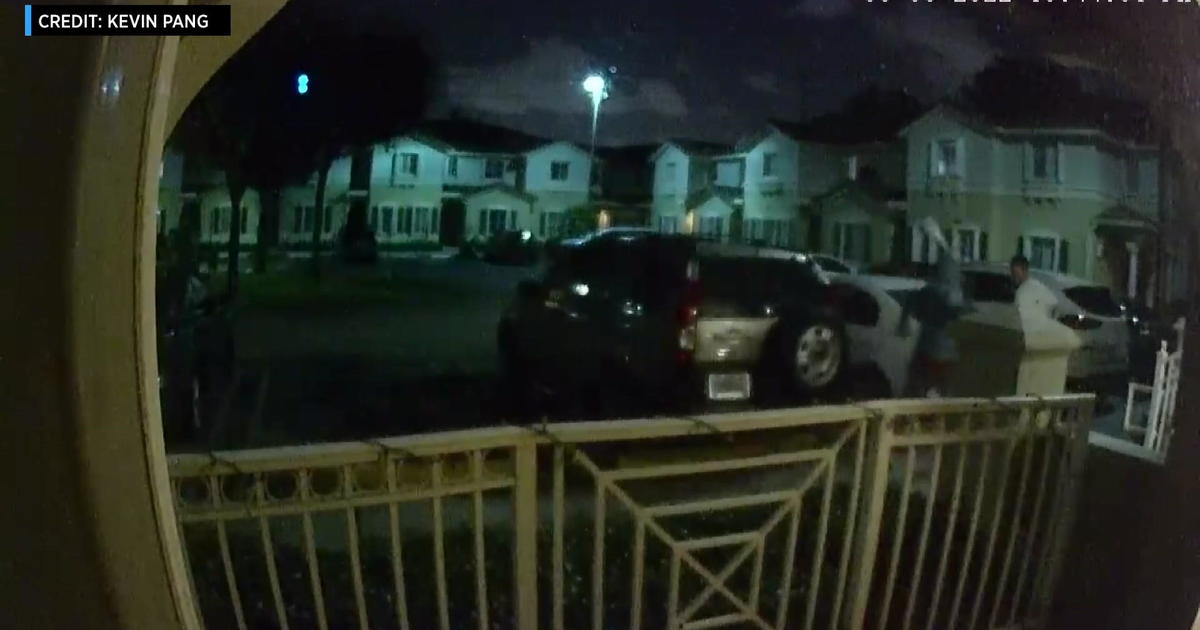 
WEST MIAMI-DADE – Surveillance video shows a man being viciously attacked with an aluminum bat at a West Miami-Dade condominium complex and the victim, his son and Miami-Dade Police are all appealing for the public’s help in this case.

Kevin Pang tells CBS4’s Peter D’Oench that he is horrified by the assault on his 62-year-old father KIn Pang. The video shows what happened around 1030 at night on August 6th as Kin Pang was returning to his condominium and had just parked his car.

“It’s horrible,” said Kevin Pang. “He didn’t take anything from him. Pictures show it looks like a deliberate act. It was an all our assault.”

Pang said, “My Dad was coming home from work about that time and he was assaulted from behind with a metal bat by somebody coming into this community.”

The surveillance tape shows a man striking Pang and knocking him to the ground and then apparently hitting a few more times as he lay on the ground. Kevin Pang released photos as well to CBS4 that show his father with a broken arm and cuts and bruises to his head and shoulders.

The surveillance tape also shows a vehicle circling around the parking lot at the Century Parc Complex on West Flagler Street and 88th Avenue and then parking.

Kin Pang works as a chef at a restaurant on Brickell Avenue in Miami.

In Spanish, he told D’Oench, “I feel very nervous. This is very difficult. When I got home, they attacked me and I got hurt. I am tired.”

His son said,  “What hurts me the most is my father is a good person. He didn’t have problems with anybody at work or anybody else in the community. It was just someone who wanted to hurt him.”

He says has no idea why someone would want to hurt his father.

“Do you think this was a hate crime?” He was asked.

He also had a warning.

“Be careful of your surroundings,” he said. “It’s unfortunate that we live in this world that there are people looking for trouble and they just want to hurt other people.”

Miami-Dade Police said they could not say if this was a hate crime.

They say they are still working the case and still canvassing the neighborhood. They say they have limited leads and the motive is not clear.

They also do not have a description to release of the attacker or a vehicle that might have been used.

There is a reward of up to $1,000 and callers will remain anonymous.