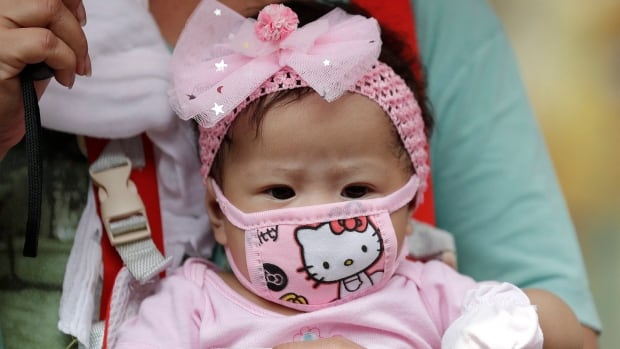 Surge in RSV adds to pediatric hospital pressures. Here’s what to do


Pediatricians have suggestions for parents and caregivers coping with coughing and sneezing children as some children’s hospitals in Canada report a surge in respiratory infections.

Symptoms of respiratory syncytial virus (RSV) resemble those of colds and flu, such as coughing, runny nose, fever and loss of appetite.

In its most recent update for the week ending Oct. 15, the Public Health Agency of Canada reported a rise in RSV cases in many parts of the country, based on limited testing.

One of Pirzada’s own children was recovering at home last week after feeling miserable and lethargic.

“We’ve been through four colds in the last six weeks,” he said. “I’m sending my child back to school … with a mask welded to his face because we can’t keep getting sick like this.

Much of the burden is from RSV, which Pirzada says hits children under 12 months especially hard. If so, they may need to go on oxygen at a hospital.

Warning signs for parents to watch

Dr. Ayisha Kurji, a pediatrician at a Saskatoon hospital, is also seeing lots of kids with viral illness in the emergency department and some end up being admitted. Children’s hospitals in other provinces and states have reported a similar trend.

Kurji says as temperatures drop and we spend more time inside, germs tend to spread and more kids get infected.

“Really it’s about symptoms,” Kurji said. If a child is breathing really quickly, or is tired out from breathing, that’s cause for concern.

“If they are stopping breathing or turning blue, of course that’s an emergency.”

Sometimes when young children work hard to breathe, it hinders their ability to eat and dehydration can also be a concern, Kurji said.

“They’re crying and there’s no tears coming out there, their mouths are really dry and their colour is different, they’re really sleepy, they’re really irritable, then it’s time to come into the hospital.”

Babies younger than three months with a fever should always be taken to the ER, the Canadian Paediatric Society advises, or if they are unable to suck or drink.

For those a bit older, the society says symptoms that warrant a doctor’s attention include having a fever for more than 72 hours, vomiting or loss of appetite, or coughing to the point of choking or throwing up.

Dr. Antonio D’Angelo, head of the pediatric emergency department at Montreal’s CHU Sainte-Justine, says it’s key to maintain hydration and comfort. For babies, it’s especially important to clear out the nose because they rely on a liquid diet and have to breathe while drinking and swallowing.

“If they’re completely congested, what happens is they’ll take a lung full of air from their mouth and while they’re breathing they can choke,” he said.

He suggests clearing a baby’s nose with saline so they’re able to drink properly. The drops can provoke a cough, which can help clear secretions.

Doctors also recommend a “snot sucker” for kids under six months who are very congested. If clearing the nose and expelling secretions doesn’t help, consult your primary care provider.

For babies at very high risk of severe infection, a monthly injection of a monoclonal antibody called palivizumab can be given during RSV season to help cut the risk of hospitalization.