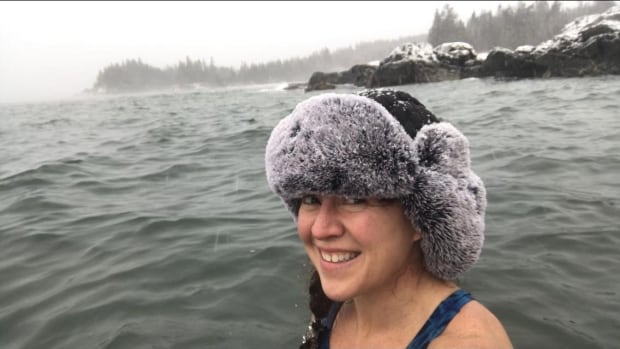 Some like it cold: N.B. woman takes a dip in the Bay of Fundy every day, all year long


Ask Nadine Currie Jackson what her perfect day looks like, and she instantly gets a vision.

It’s cold. Wintertime. The sun is just coming up, snow is coming down. And she’s outside, enjoying it, in her bathing suit. In the Bay of Fundy.

“There’s something magical about sitting in the water in the middle of January or February and watching the snow falling around you,” Currie Jackson said. “That’s heaven to me.”

For several years now, the Beaver Harbour resident has been taking almost-daily dips in the bay’s famously frigid waters, all year round.

Currie Jackson is a registered massage therapist, massage therapy teacher and athlete who is passionate about nature and about pushing her body to its limits. Over the years, those passions have driven her to master short track speed skating, competitive inline skating, road racing and strength training.

A few years ago, she discovered the chilling thrill of cold-water immersion and the habits of Dutch extreme athlete Wim Hof, founder of the Wim Hof Method of frequent cold exposure, breathing techniques and meditation.

Nirvana for those who crave the cold

From then on, she was taking the icy plunge on a daily basis and began taking the Wim Hof Method certification course.

“What usually happens with me is that with anything I take an interest in, I just jump in with two feet, and so I decided I wanted to become an instructor in it,” Currie Jackson said.

Once she began the certification courses, she said, “I started to understand why I enjoyed the cold water so much, and it became something I wanted to do every day.”

The Bay of Fundy is renowned for having the world’s highest tides, but also for its cold water.

But it’s nirvana for Currie Jackson and others who crave the cold. 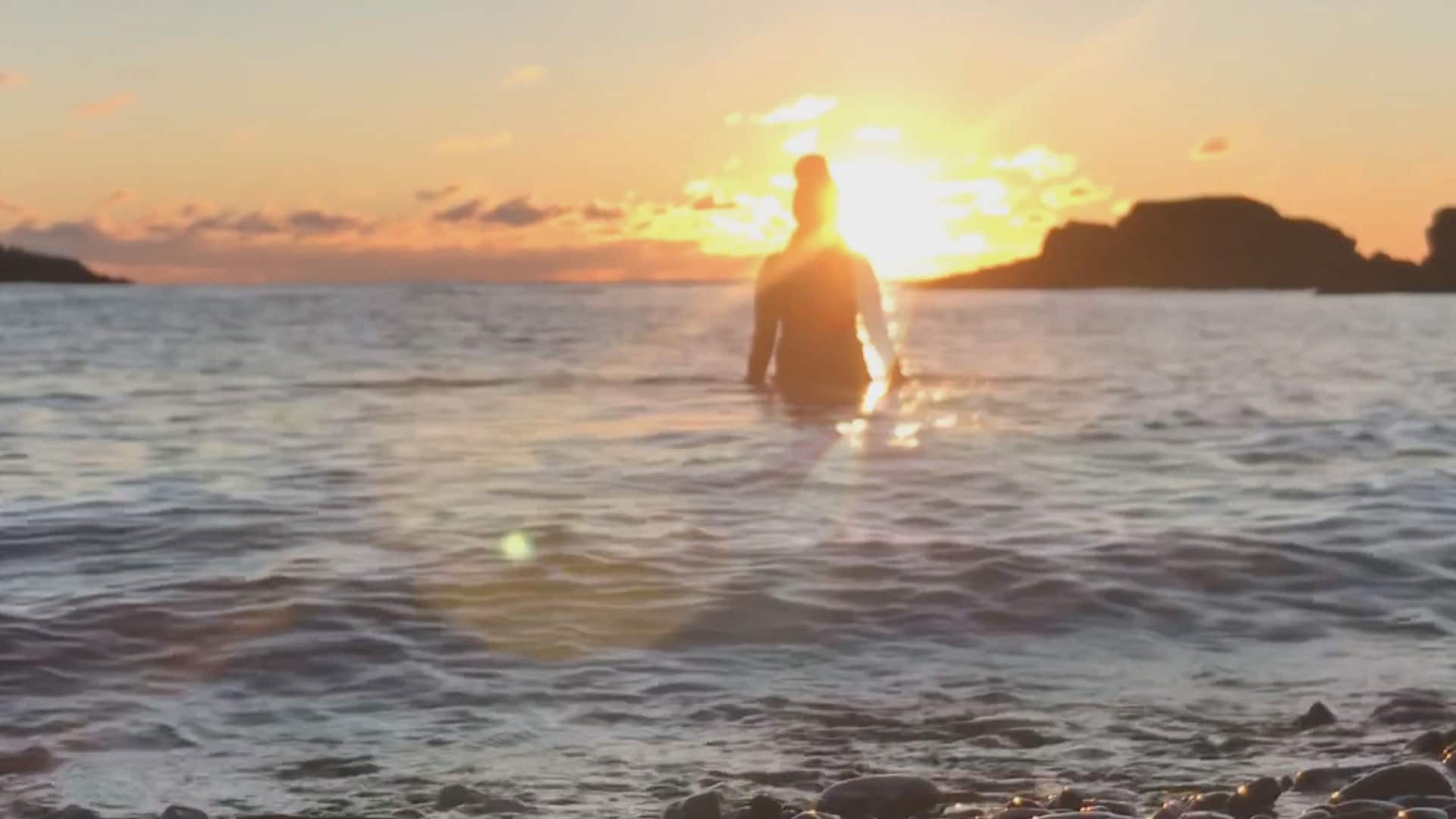 Currie Jackson says those are definitely a factor for her, but she couldn’t do it if she didn’t enjoy it.

“This is something that’s just part of my natural day, and if I don’t do it, I actually feel strange,” she said. “It just sets my mood for the rest of the day.”

The Bay of Fundy is something people around the world wish they had access to for cold-water immersion, and we have it on our doorstep.– Nadine Currie Jackson

There’s a ritual to it, she said, and it typically goes like this.

First, she gears up: swimsuit, Neoprene water shoes, a warm hat, and “if it’s really cold,” Neoprene scuba diving gloves. Then she heads for the beach.

There, she warms herself up, does some visualization and intentions and calms her mind.

Then she walks into the water, slowly.

“This is not like a polar plunge, where people run in and run back out,” she said. “You want to go in with intent, as calm as you can be, because that’s part of the process … for your brain to be able to say ‘It’s fine, you’re OK.’ “

Mindfulness, safety are crucial to the ritual

Once she’s in the water, she stays there, not moving around and swimming but just exposing her body to the cold.

She stays in for no fewer than two minutes — that’s when the physiological benefits begin to kick in — and sometimes as long as 15 or 20 minutes.

“I just go by how I feel,” she said. “It’s not a competition, and it’s important for me to be aware of what’s going on in my own body. Making sure I feel fine and that I’m not breathing too fast, or feeling lightheaded.”

The mindfulness is a key component of the cold-water plunges, Currie Jackson said, but so is safety.

She advises anyone considering taking the plunge to first get proper instruction to avoid putting themselves in any danger.

There are days when it’s too choppy, or I just have a feeling that it’s not a good day to go in. So I follow those instincts.– Nadine Currie Jackson

The training protocol involves exposing the body to cold water gradually, with cold showers and then cold baths, before ever taking on the ocean.

“Nature is not a controlled environment,” she said. “There are days when it’s too choppy, or I just have a feeling that it’s not a good day to go in. So I follow those instincts.”

Other times, if the water seems “a bit challenging,” she’ll bring a friend along.

Often, her husband will accompany her — “I haven’t convinced him to go in yet” — and sometimes he’ll just surprise her, appearing unexpectedly and serenading her while she’s in the water.

‘It’s amazing how many people do this now’

When the pandemic finally loosens its grip on things, Currie Jackson plans to travel to Poland to take the final certification module that will enable her to become a Wim Hof Method instructor.

But for now, she’ll continue with her daily ritual of cold-water immersion and connecting with other Maritime chill-seekers on social media.

“It’s amazing how many people do this now,” she said.

She loves seeing the concept being embraced here, and seeing New Brunswick’s natural wonders being appreciated, too.

“Most of us live in areas on or close to a body of water, and I feel it’s an untapped resource,” she said.

“The Bay of Fundy is something people around the world wish they had access to for cold-water immersion, and we have it right here on our doorstep.”

Economic impact of Sydney outbreak will affect all Aussies

Veteran reflects on past, present battles