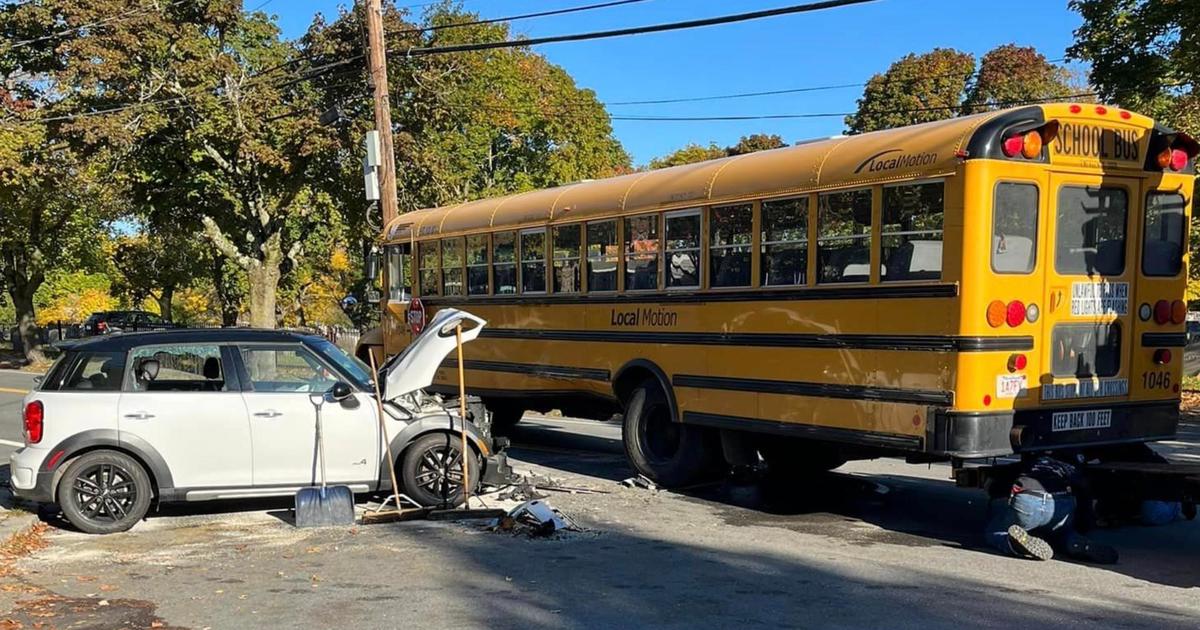 
WATERTOWN – Six students and one adult were hurt Wednesday morning during a crash involving a car and school bus in Watertown.

It happened on Belmont Street while the bus was on its Lowell West School.

There were 44 elementary school children from Watertown Public Schools on the bus.

Six of the students were taken to an area hospital with minor injuries. The rest were picked up by parents or guardians.

The driver of the car involved in the crash was also hospitalized with non-life threatening injuries.

Watertown police said solar glare appeared to have been a factor in the crash.

The CBS Boston team is a group of experienced journalists who bring you the content on CBSBoston.com.

Foxconn unveils its vision for the electric ute