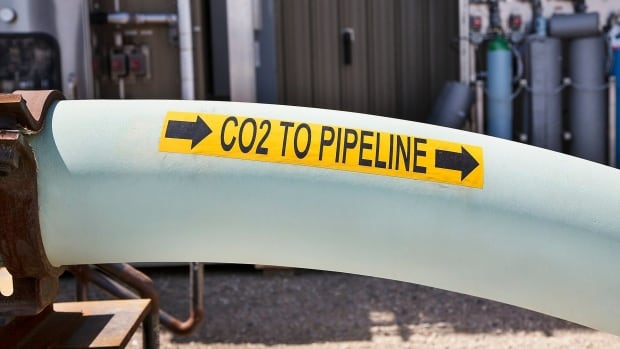 
Shell Canada unveiled plans Tuesday for a new facility in Alberta to capture emissions from its industrial complex and store the greenhouse gases underground.

Canada is already considered a global leader in the carbon capture and storage (CCS) industry, and the latest announcement comes amid a wave of proposals for new projects in Alberta.

If approved by the company, Shell’s Polaris facility would be located at its Scotford complex, northwest of Edmonton, and collect emissions from its refinery and chemical facilities.

“It is a consistent and very exciting implementation of our global strategy right here in Alberta,” Susannah Pierce, president of Shell Canada, said in an interview.

Polaris would be Shell’s second CCS project in the province after constructing Quest in late 2015.

Quest cost $1.3 billion to build and is able to sequester about one million tonnes of emissions per year — equivalent to the annual emissions of about 250,000 cars. The project received Alberta government funding of $745 million and federal government support of $120 million.

The price tag for Polaris was not disclosed. However, officials have said it would cost about 30 per cent less to construct a new project similar to Quest.

There shouldn’t be a need for government funding, Pierce said, based on the current and projected price of the carbon tax and the Clean Fuel Standard.

“This is the right type of incentive and regulation to have in place,” she said.

The Polaris facility would be designed to capture the emissions and then transport the carbon dioxide through a 12-kilometre pipeline to storage wells located near Josephburg, Alta. The gases would then be stored more than two kilometres underground in the same geological formation used to store CO2 from the Quest facility.

There are differing viewpoints on the technique to capture carbon emissions and use the CO2 to produce more oil from aging reservoirs. 2:50

The federal government officially submitted Canada’s new greenhouse gas emissions target to the United Nations on Monday, committing the country to reducing emissions by 40 to 45 per cent below 2005 levels by 2030.

To meet the climate goal, Canada’s total emissions must fall to between 401 and 438 megatonnes by 2030. In 2018, the last year for which information is available, Canada accounted for 729 Mt of emissions.

“This project is actually reducing existing emissions, and it’s getting us closer to the reduction level that we need to see from oil and gas. But we need to see a lot more of these types of projects in order to actually achieve the kind of reductions Canada has committed to internationally,” said Chris Severson-Baker, Alberta regional director at the Pembina Institute, an environmental think-tank.

Reducing emissions and relying on renewable energy instead of fossil fuels is critically important to tackle climate change, Severson-Baker said, adding that carbon capture has a clear role to play to decarbonize existing sources of materials and energy.

“We’re just starting very small here, and we need to see a big scale up of this kind of thing in order to get the real big reductions that we need from the oil and gas sector in Canada,” he said.

Some environmental groups suggest the investment in carbon capture facilities would be better spent elsewhere, such as building renewable energy projects.

The carbon capture industry is still considered nascent, but the country is punching above its weight, according to a recent report by international energy research firm Wood Mackenzie.

“This report was a little un-Canadian of us. We don’t like to brag usually, and this was a little bit of a braggy report,” said Scott Norlin, a Calgary-based senior analyst with Wood Mackenzie and an author of the report.

Shell is just the latest company to announce plans for a new facility, following a proposed hydrogen and CCS facility by Suncor and Atco and a carbon transportation and sequestration project by TC Energy and Pembina Pipeline.

“The last couple months here we’ve had megatonnes upon megatonnes of project announcements. So there’s no shortage of the skill and the drive to do it,” Norlin said.

Much smaller firms are also developing CCS projects, such as Entropy, a privately owned firm that is partnering with the University of Regina on technology that the company expects to be profitable at a carbon price below $50 per tonne.

There are several CCS projects already operating in Western Canada, including the $1.2-billion Alberta Carbon Trunk Line system, which takes emissions from the Redwater Fertilizer factory and the Sturgeon refinery near Edmonton and injects the gases into aging oil reservoirs in central and southern Alberta.

Some companies use the carbon material they capture to make various products, such as pens and soap.

Shell said several dozen employees are working on the detailed designs for the Polaris project, and a final investment decision is expected in 2023. The facility could be operational by the middle of the decade.

Polaris would have storage capacity of about 300 million tonnes of carbon dioxide over the life of the project.

Shell has sold the majority of its oilsands assets in Alberta but still owns a 10 per cent stake in the Albian Sands mining facility.

The oilsands make up about 11 per cent of the country’s total emissions, according to 2018 data from the federal government, and other oil and natural gas production makes up another 11 per cent.

WATCH | Is carbon capture a solution for the oil industry and climate change?

10 things we learned about Covid travel this week