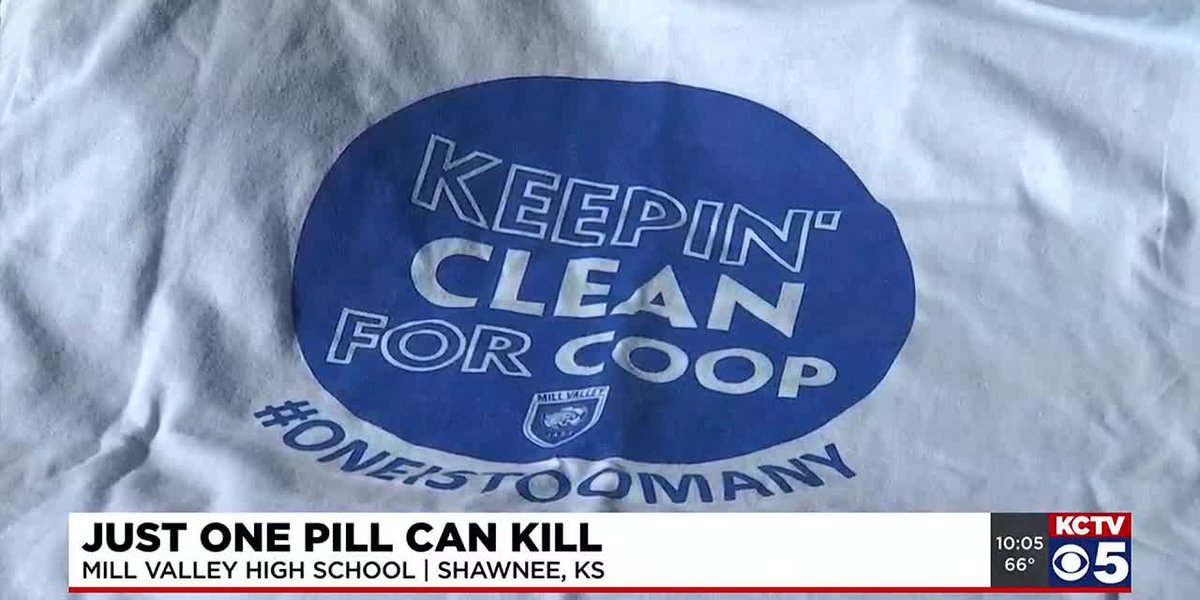 
SHAWNEE, Kan. (KCTV) – A soccer game at Mill Valley High School in Shawnee Tuesday night came with a message about the epidemic of fentanyl poisoning deaths.

It was in honor of Cooper Davis, a Shawnee teen who died after taking what he thought was half a Percocet – for fun. The pill actually contained the dangerously strong drug.

Mill Valley’s soccer coaches called it Kickin’ for a Cause. It’s the first year of what they intend to be an annual service event.

Their first cause was Keepin’ Clean for Coop, an awareness nonprofit founded by Cooper’s family. Cooper was a student at Mill Valley High School. He was 16 when he died.

Players from both Mill Valley and their Olathe Northwest opponents wore Keepin’ it Clean for Coop shirts during warmups.

Cooper’s mom has done a lot of speaking engagements in her effort to turn his death into something positive. But this one, she said, was special.

“Because my son Cooper played soccer when he was young with some of the varsity players that we’ll be playing tonight. And then, our younger son is now part of the soccer program here at Mill Valley,” she explained.

She spoke to students and parents during halftime.

“I hear just a mom wanting to save other people’s lives. Like, they don’t want someone else’s mom, like, to go through what she went through,” said senior Diego Martin.

Libby Davis also staffed an information booth with the DEA. One display caught Christine Judd-Andrew’s attention. It showed a vial with how much fentanyl it takes to kill someone, represented by 10 to 15 grains of table salt.

“The examples that they have, it’s just so little. It’s just, it’s nothing. It’s frightening, actually,” said Judd-Andrew, who was there to see her son play in the JV game.

The vast majority of fentanyl deaths are adults over the age of 25, but it’s different for teens. Their brains are not fully developed, Libby Davis noted. They are figuring themselves out and, often, that means experimenting. In the past, drug poisoning deaths was the domain of habitual users. Fentanyl has changed that.

Both Kansas and Missouri have digital dashboards of data on drug overdose deaths over time. Some data points separate categories like the type of drug, age range, race, gender and region of the state.

Missouri’s can be found here.

The Kansas dashboard can be found here.

Some health organizations refer to these deaths as overdoses. Others use the term drug poisoning interchangeably. Poisoning is a preferable, less stigmatizing term for some.

Students highlighting dangers of fentanyl in honor of fallen classmate

‘Colossal’: Monster storms on their way