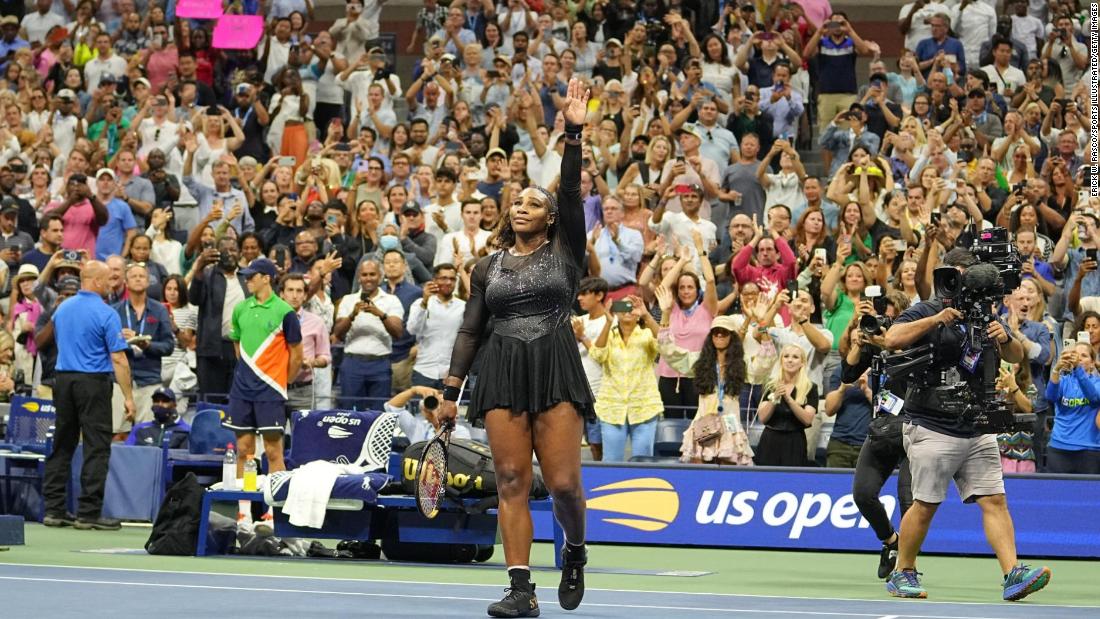 Williams announced ahead of the US Open that she would “evolve away from tennis” following the grand slam, where she was knocked out in the third round by Ajla Tomljanović.

And on Wednesday, the 23-time grand slam champion said “you never know” to a return to competitive tennis in the future.

“I think Tom Brady started a really cool trend, you know … the way he did it,” Williams said on Good Morning America.
Tampa Bay Buccaneers quarterback Brady, now 45 years old, said he was retiring from the NFL in February, only to later reverse that decision. He starred in the Bucs’ 19-3 win over the Dallas Cowboys on Sunday.

After a year-long absence, Williams made a brief return to singles tennis this year when she competed at Wimbledon, the National Bank Open, the Western & Southern Open and the US Open, winning three matches. She also competed in doubles tennis in several tournaments.

“I feel like tennis has given me so much and I feel like there’s no way that I don’t want to be involved in tennis somehow in the future,” she said.

“I don’t know what that involvement is yet, but I do know that I love the sport so much.”

Over the course of her 27-year tennis career, Williams won 39 grand slam titles across singles and doubles and 73 WTA Tour singles titles.

As part of her plans to “evolve away from tennis,” Williams said she would be focusing on her young family, as well as pursuing her business interests and charity ambassador roles.

She has also authored her first children’s book, “The Adventures of Qai Qai,” about a young girl’s journey with her doll and best friend, Qai Qai. It releases later this month.

“It’s so authentic,” said Williams. “It’s a story that we came up with during Covid and this particular book of Qai Qai is really just about using your imagination because kids have such an amazing imagination.

“We couldn’t leave the house and I was playing with Olympia and our dog Qai Qai who has this amazing personality … We wanted to really just put in people’s minds that we can’t forget how important it is to use your imagination and play.”