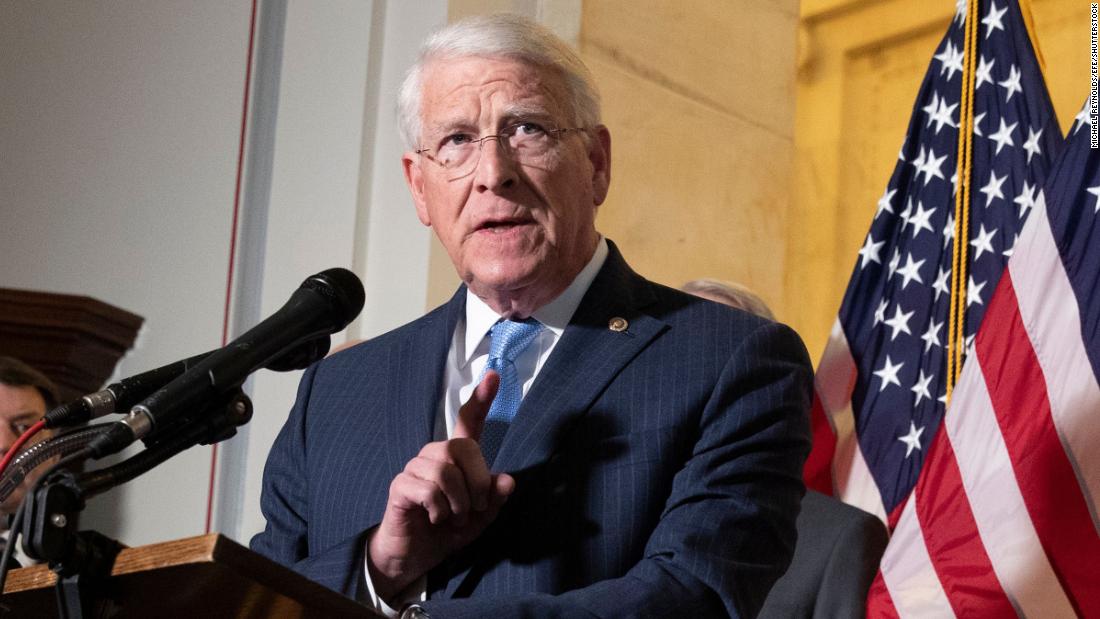 “The irony is that the Supreme Court is at the very same time hearing cases about this sort of affirmative racial discrimination while adding someone who is the beneficiary of this sort of quota,” he said Friday in an interview with local radio network SuperTalk Mississippi, referring to the high court’s recent decision to reconsider challenges to race-based affirmative action in college admissions.

“The majority of the court may be saying writ large it’s unconstitutional. We’ll see how that irony works out,” he added.

The comments come despite not yet knowing who Biden will nominate. CNN has reached out to Wicker for comment.

Supreme Court Justice Stephen Breyer announced this week his plans to retire at the end of the term, giving Biden his first opportunity to select a justice and make good on his campaign promise to nominate a Black woman to the high court.

Following Wicker’s comments on Saturday, White House spokesman Andrew Bates said the President’s promise to nominate and confirm a Black woman to the Supreme Court “is in line with the best traditions of both parties and our nation.”

“What’s more, when the previous president followed through on his own promise to place a woman on the Supreme Court, Senator Wicker said, ‘I have five granddaughters, the oldest one is 10. I think Justice Amy Coney Barrett will prove to be an inspiration to these five granddaughters and to my grown daughters,'” Bates said in a statement to CNN.

“We hope Senator Wicker will give President Biden’s nominee the same consideration he gave to then-Judge Barrett,” Bates added.

Biden: Candidate will have ‘extraordinary qualifications’

Biden on Thursday reiterated his promise to select a Black woman to the Supreme Court, and said that the diverse background of his pick won’t be the only factor. He vowed to nominate a justice with “extraordinary qualifications, character, experience and integrity.” He said he would name his choice in February.

Some GOP senators are already concluding that the nominee, who Biden said will be named in February, is sure to be far-left and have insinuated that the nominee may not be the most qualified candidate. A number of Republicans also say the nominee’s history-making credentials — being a Black woman — won’t be enough to sway them.

“We’re going to go from a nice, stately left wing liberal to someone who’s probably more in the style of Sonia Sotomayor,” Wicker said, referring to Breyer.

“I hope it’s not someone like Sotomayor, who went for a hearing about the virus and start spouting off facts, which just two minutes later fact checkers all over the world were giving her ‘Four Pinocchios’ zone. I hope it’s at least someone who will at least not misrepresent the facts. I think they will misinterpret the law.”

He predicted that whomever Biden nominates “will probably not get a single Republican vote,” but said Senate Republicans “will not treat her like the Democrats did Brett Kavanaugh.”

Republicans did not raise objections to then-Republican President Donald Trump’s comments in 2020 that he would nominate a woman to the Supreme Court, to fill the seat of the late Ruth Bader Ginsburg.
Former President Ronald Reagan also made a similar commitment as a candidate, promising to name a woman to “one of the first Supreme Court vacancies in my administration,” saying it’s “time for a woman to sit among our highest jurists,” the Washington Post reported.
Angela Onwuachi-Willig, dean of the Boston University Law School and a Black woman, responded to the criticism from many GOP members, saying that the people under consideration are “exceptionally qualified.”

“For many, many years, it’s been presumed that the only qualified candidates were White men,” Onwuachi-Willig told CNN’s Boris Sanchez on Saturday. “Ninety-five percent of all Supreme Court justices have been White men, and I think that there is now unconsciously some of that (reaction) happening.”

No Black woman has ever been nominated to the Supreme Court. Among the 115 justices who have served since 1789, there have been two Black men (Clarence Thomas and the late Thurgood Marshall) and one Latina (Sotomayor).