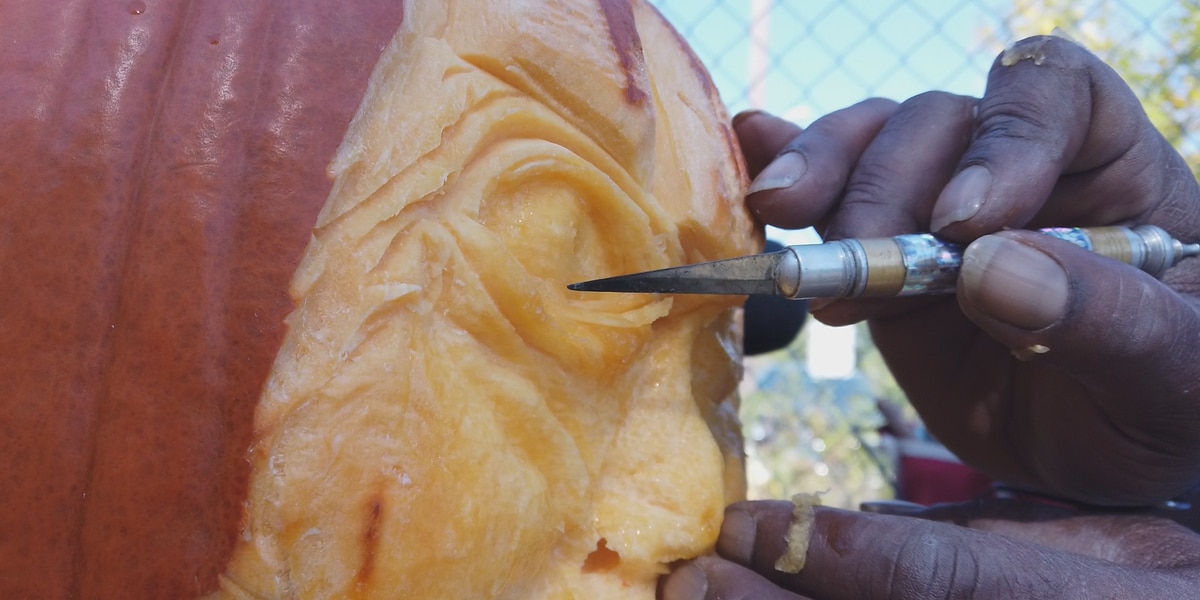 
ROCKFORD, Ill. (WIFR) – One of Food Network’s upcoming shows is about to feature a Rockford man as one of its contestants.

Lincoln Bias is one of seven carving enthusiasts who will compete weekly for a $25,000 grand prize in the third season of ‘Outrageous Pumpkins’. On top of the money. Bias plays for the champion title.

“When I started carving I said to myself: if I could be on food network doing that.”

Bias is a self-taught pumpkin carver who finds himself in the spotlight among the nation’s best after a casting company reached out to bias on Facebook looking for contestants.

“They wanted to know if I was interested in being on the show. I said yes and the next thing I know, I’m on Food Network.”

Bias didn’t always carve pumpkins. In fact, he specializes in turning fruits and vegetables into flowers. He originally moved to Rockford to be a realtor, until a friend called him to ask if he was still carving food.

Using the tools and experience Bias learned to carve flowers into fruits, he learned how to carve faces.

“Once I get the basic form I want and I just do this in the mirror… And I will look at it and I will touch my face to feel the muscles and how they react to different expressions.”

Bias hopes sharing his passion with others will spark the next generation of carvers.

As a lifelong carver, Bias says landing the gig on ‘Outrageous Pumpkins is a dream come true.

“The whole time I’ve been in this industry, I’m looking at that as kind of like to measure my progress, so now I’m there.”

Season three of ‘Outrageous Pumpkins’ is scheduled to premiere at 9 p.m. Sunday on Food Network.

While people watch to see who takes home the title, Bias says he will be hosting pumpkin carving classes at his studio and at local venues throughout October.

These executives are asking their staff to work less for the same money. Will it pay off?