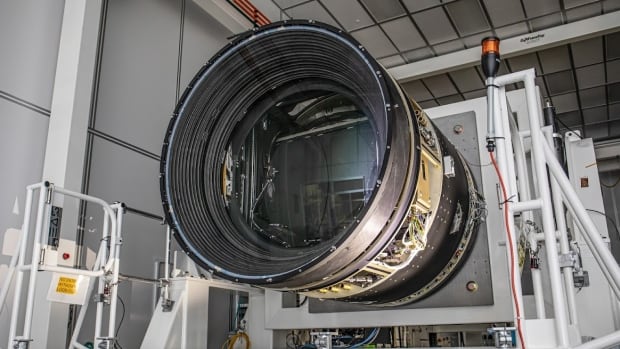 Revolutionary telescope will soon alter what we know of the universe

I was absolutely honoured and delighted to give the 8th annual Dan McLennan Lecture in Astronomy this winter. Halifax, and Saint Mary’s University is where I grew up, in the astronomical sense. My two years pursuing a Masters in Science provided me with decades long friendships I still hold dear, and introduced me to mentors I continue to admire today.

For the lecture, I decided to talk about the synergy between ground-based and space-based astronomy. It is an important concept, and also lends us the freedom to explore two of the most exciting and ambitious projects modern astronomy has given us: The James Webb Space Telescope (JWST) and the Legacy Survey of Space and Time (LSST).

If you follow astronomy or space news, you’ve likely been subject to the flood of gorgeous, sharp and colourful images from the JWST: an array of objects from planets in our own Solar System (and others) to magnified galaxies viewed in the early stages of their formation.

The JWST is roughly the size of a tennis court, and we packaged it up into a rocket and blasted it out beyond the Earth. Its delicate origami-sails unfolded during the month-long journey — out past the Moon, over a million kilometres away.

The JWST will be able to study, in excruciating detail, the formation and evolution of galaxies in the universe. The view offered is highly sophisticated and comes with exceptional resolution in the tiny patches of sky that each JWST observation beholds.

At the same time, to fully understand the general nature of the universe, we need a project that can survey vast swaths of space. This is where the Legacy Survey of Space and Time comes in.

It is an ambitious project that will survey the entire southern sky every few nights for 10 years, beginning in 2024. The project is housed within the Vera C. Rubin Observatory, which includes a brand-new telescope that has been built specifically to carry out this project. The telescope’s primary mirror is huge, measuring 8.4m across and putting it in the class of today’s largest telescopes. The telescope’s camera is record-breaking. The survey will find billions of stars and galaxies, and result in the first motion-picture of the night sky.

One of the biggest questions about the general nature of the universe that will be tackled by the LSST is: What is the nature of dark matter? You may have heard the term dark matter before, it refers to stuff (matter) that we can tell exists in space, even though it doesn’t reflect or shine any light (it is dark).

This mystery material was long thought to be regular stuff that didn’t give off any light — like, dark planets or black holes. But, recent measurements have shown us that a more reasonable guess is that dark matter is some massive collection of tiny particles (kind of like electrons or protons) that don’t readily respond to the instruments we’ve invented.

The search is on. All around the world there are “Dark Matter Detectors” — trying to catch these elusive particles, including a large detector in Canada at the SNOLAB.

So, if we haven’t found any dark matter yet, why are astronomers so convinced of its existence?

For a long time we weren’t. It took data — large amounts of data — to convince astronomers that dark matter was a viable idea.

One of the most prominent figures of 20th century astronomy, Dr. Vera Rubin, spent many nights on large telescopes in the 1970s and 1980s collecting this data: looking at the motion of stars in galaxies and realizing more mass than can be seen was needed to guide the path of the stars within.

Before Rubin’s work, the idea had surfaced, but the community was not convinced. After her brilliant and diligent work, the existence of dark matter could no longer be brushed off, and today it is fundamental to our understanding of the cosmos. So, it is quite fitting that the Observatory that is hunting for a deeper understanding of dark matter be named after Vera C. Rubin, who provided such compelling evidence for its existence.

Dr. Rubin was also a pioneer for creating a more inclusive astronomy community, especially for women in the field. When I applied to graduate school, I didn’t have to worry about where to go that might let in women [or Black people] but she did. When at Palomar Observatory, I observed there was a women’s washroom (for Rubin, there wasn’t).

When working on this lecture, I found one quote from Rubin to be particularly inspiring: “Having a family and a career was very hard, but it’s do-able.”

I wish it was a more commonly proclaimed statement. For over a decade I was constantly giving up social ties in the pursuit of the next step, and often I worried I was trading in what I really wanted (to be a parent) for what I’d worked so hard for (to be an academic).

For me, it was difficult, but also possible to invest in a chosen career and have a beautiful family life.

What a truly magical evening for me to be able to share my love of astronomy, the first images from the JWST and imagine the future with LSST at the university that gave me so much.

If it is a clear evening tonight, go out and take a look up at the countless points of light above you.

*This episode was produced by Mary Lynk.