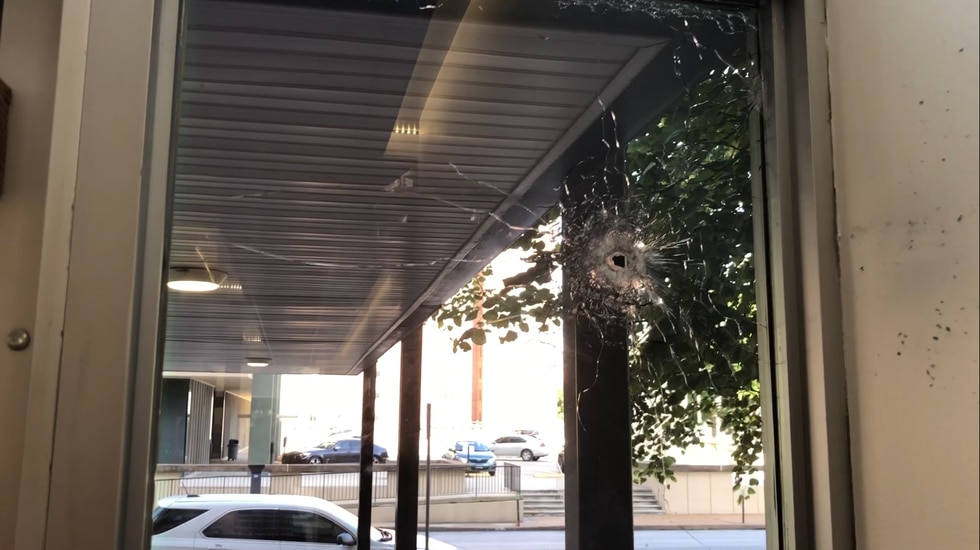 
ST. LOUIS, Mo. (KMOV) – The doors and windows of a downtown apartment building were boarded up with plywood Tuesday.

The entrance of the CityView Apartments was shattered by gunfire just hours after two girls were shot less than a mile away. Police say the suspects are teenagers.

“I don’t want to have to use my gun on somebody’s child,” says tenant Michael Williams.

The shooting left holes in the lobby wall.

“This is not the St. Louis that I’ve known since I first moved here,” says Williams. “Downtown St. Louis is the new projects”

Williams tells News 4 he was robbed not too long ago and now he doesn’t leave his apartment without protection.

“I have to walk around with my shotgun,” he says. “It’s mainly because if the homeless people are not trying to attack you, you have to deal with these kids that be down here.”

City police say a curfew for teens may be the answer, but it comes with challenges.

“We’re adding a curfew violation and if we catch the juveniles or the violators, what are we to do with them? Where do we transport them?” says Sgt. Donnell Walters, President of the Ethical Society of Police.

Mayor Tishaura Jones says there is an 11 p.m. curfew already in effect.

“They need to enforce it on the parents. If your child gets in trouble then you need to pay a fine,” says Williams. “Honestly, I’m ready to go.”

Police have admitted enforcing the curfew will be difficult due to staffing shortages.