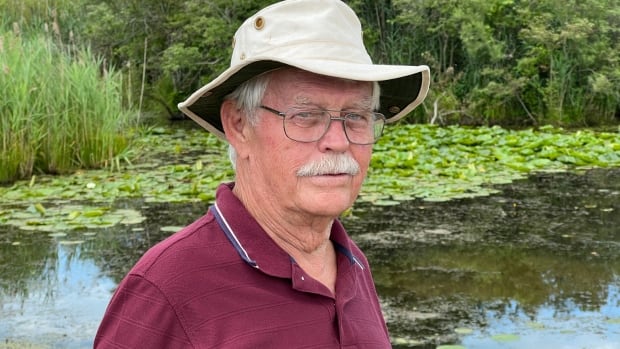 
Residents, environmentalists and the mayor of Leamington, Ont., say homes and businesses are at severe risk while Ottawa considers an application for millions of dollars to help protect the Hillman Marsh Conservation Area on the Point Pelee peninsula against Lake Erie flooding.

Wayne King, founder of the Leamington Shoreline Association, says immediate action is needed to prevent the possibility of destructive flooding in the southwestern Ontario community.

“There’s 500 homes and businesses out there that would be under water,” he said.

In November, the municipality of Leamington applied to Ottawa under the Disaster Mitigation and Adaptation Fund (DMAF) to help pay for an $18-million project to protect the area around Hillman Marsh, which is adjacent to Lake Erie.

The money would go toward adding protection at the edge of the marsh, where a barrier beach had been sheltering the area from Lake Erie waves until the beach was nearly destroyed in 2018, eventually leaving a large area open to the lake.

The funding would also be used to create artificial islands and strengthen the last line of defence between the marsh and the land: a clay berm.

“If this breaches, you’ve got 10, 12 feet [about 3 and 3.6 metres] of water in that farmland and inside those homes,” King said as he stood on the berm Tuesday.

While lake levels are slightly lower this year, they’re cyclical, King said, and they are expected to rise as the climate changes.

Some work in the region was completed by Ducks Unlimited last year, funded through a $30-million provincial program.

Leamington Mayor Hilda MacDonald said the $18-million cost for the work the municipality wants to do is too steep for it to absorb.

She said she hopes the upper levels of government understand the “frightening possibilities” if nothing is done.

A spokesperson for the Ontario government said it was aware of the situation in the area, and the “safety of the public and the protection of our communities is our No. 1 priority.”

The DMAF is a federal program, but costs are shared by the provincial and federal governments, the statement explained.

In a statement, the federal government said it was assessing projects submitted for funding against eligibility and merit criteria.

‘It needs to be fixed’

The need for help manifests itself in different ways.

On Tuesday, mere metres from the berm, a wheat field was being harvested.

WATCH: Farmer Dennis Driedger on the threat of flooding

Dennis Driedger worries about loss of farm land and property if Hillman Marsh and Lake Erie over flows.

The farmer, Dennis Driedger, estimated the land was 3 or 3.6 metres lower compared to the water level.

If the measures protecting the area were to fail, it would mean the loss of housing and a way of life, and the end of agriculture.