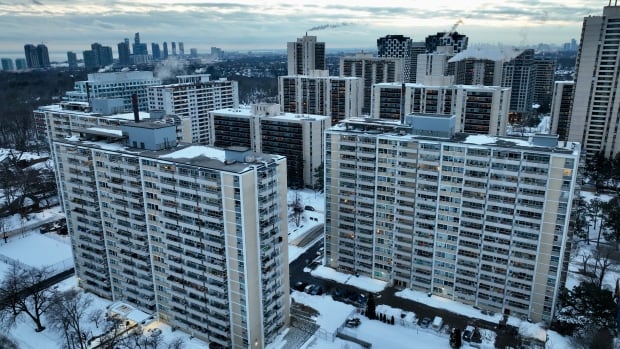 Rent up 3% from last year even as vacancy rates held steady: CMHC


Canadian tenants faced another year of affordability challenges as rents crept up nationally and were particularly high in Vancouver and Toronto.

The findings from Canada Mortgage and Housing Corp.’s annual rental market report released Friday show the average rent for a two-bedroom home in the 37 areas the federal housing agency studied increased to $1,167 last year, a three per cent rise from $1,128 in 2020 and $1,080 in 2019.

Bob Dugan, CMHC’s chief economist, attributed the rise in rent to a supply and demand imbalance, and said the increase was also affected by the different speeds of recovery cities have experienced in the latest stage of the COVID-19 pandemic.

Vancouver and the Greater Toronto Area, he said, were facing the most severe affordability challenges because those cities held onto the highest average monthly rent for a two-bedroom apartment.

“When you look at lower income households the mismatch between affordable rentals and the number of households gets worse,” he said. “Last year in Toronto and Vancouver, only 0.2 per cent of the rental universe was affordable for the bottom 20 per cent of earners.”

CMHC and Dugan found someone renting a two-bedroom purpose-built apartment in Vancouver would have to work 198 hours per month to keep monthly rent at 30 per cent of their gross income, the threshold of affordability.

“That person has to work more than full-time or needs a second tenant in the unit with them to make that rent affordable, if they’d like to get it down to 30 per cent of income,” said Dugan.”That’s an even bigger mismatch, when you get to that bottom 20 per cent [of earners], so that’s something that’s a concern to us.”

In some markets, where people flocked to find more space when their employers allowed remote work, the year-over-year increase in hours needed to work to keep monthly rent at 30 per cent of a gross income was even more dramatic than what Toronto experienced.

WATCH | How rent increases are affecting residents of Windsor, Ont.:

‘You have to give up your quality of life’: rent prices out of reach for many Windsorites

Aubrey Murray said he has had to sacrifice to find affordable rent. He currently lives in a converted building with several shared spaces. 1:24

This surge could persist, if people continue to gravitate to suburban and rural markets, because it will take supply time to catch up, said Dugan.

“I’m sure that the city planners in some of these smaller communities didn’t have a five-year plan that included a pandemic,” said Dugan.

At the other end of the spectrum, Montreal had the lowest rent levels with an average monthly rent of $932 and 105.8 hours needed to keep monthly rent at 30 per cent of someone’s gross income. Along with a look at rental affordability, CMHC also offered a window into vacancies.

Rates declined in 21 of the 37 markets CMHC analyzed, including Vancouver, Calgary, Victoria, and Halifax, but increased in three locations: the Greater Toronto Area, Winnipeg and Abbotsford-Mission, B.C.

Montreal’s rate was one of the key factors behind the stability of the overall national vacancy rate because the Quebec city’s rental market accounts for roughly 30 per cent of the national rental market.

Toronto holds about 15 per cent of the rentals in the country, while Vancouver has five per cent.