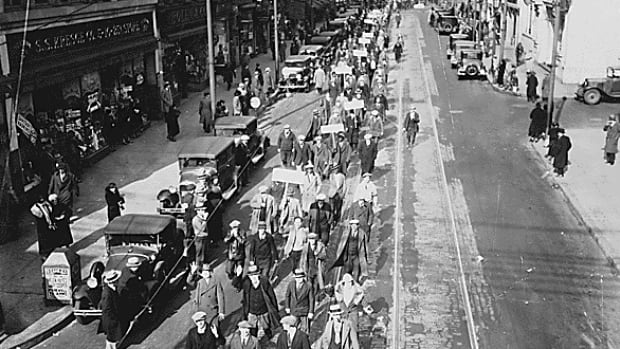 Recession or a coming financial crisis? Economists say the difference is vast


Interest rates are creeping higher, and the word “recession” is on everyone’s lips.

But so far, only a few financial commentators are warning of something much worse that could abruptly change the rules of the game: The threat of a financial crisis.

On Wednesday, the Bank of Canada is preparing to announce what’s expected to be another large hike in interest rates, continuing its battle against stubborn inflation.

The bank’s governor, Tiff Macklem, has repeatedly and confidently said that neither the risk of a recession nor falling house prices will stop him from getting inflation down to its target range, two per cent.

In a business that depends on confidence, central bankers must be master poker players. They can’t be seen to be sweating when they have a tricky hand.

Keeping inflation down is Macklem’s clearly stated priority, but if history is a guide, he and his U.S. counterpart, the Federal Reserve’s Jerome Powell, will likely be putting plans in place for an even more important duty — preventing their own and the world’s financial systems from falling into confusion.

Doubters who need historical evidence can gaze back three weeks, when the Bank of England dropped everything to save the U.K. bond market and pension system.

For the general reader, the details are arcane, but after disruption of the markets by the British government’s tax and borrowing plan, a kind of private sector insurance scheme by pension plans faced liquidation, “driving a potentially self-reinforcing spiral and threatening severe disruption of core funding markets and consequent widespread financial instability,” according to a letter from the Bank of England deputy governor Jon Cunliffe.

After the fact, everyone played down the danger. But in the immediate aftermath, as the pound was plunging, one experienced London bond trader described the crisis as a potential “Lehman moment,” harking back to that instant in September 2008 when the U.S. subprime mortgage crisis turned into a full-fledged banking crisis as Lehman Brothers declared bankruptcy.

The authors of an article for the financial services company Morningstar titled “Why Are Fears of a New Financial Crisis Growing”? were careful to play down the risks. But the sudden and unexpected disruption in British markets came as a useful reminder that central bankers must be prepared for trouble.

“Financial crisis is a new focus,” John Canavan, lead analyst at Oxford Economics, told Morningstar. “It does appear that growing financial stability risks raises the possibility that the Fed may need to react to financial stability concerns before its goals are reached on inflation.”

Economists who spoke to CBC News said that before financial crises happen it is hard to know for sure where and how they will appear. But central banks say they know one when they see one.

The peril of failing to respond to an unfolding financial crisis harks back to the 1930s, when a sudden market crash in 1929 led to a cascading series of problems. Investment loans were called in and banks ran out of money. Businesses big and small collapsed. One-quarter of employees were thrown out of work, and the Great Depression was born.

A fall in bond values, or house prices, or stock markets or currency markets do not by themselves create a crisis, said Redish. A crisis hits when those market changes reach extremes.

In the recent British example, the contagion spread from bonds to pensions to currency. In 2008 a plunge in house prices led to a failure of subprime loans creating a crisis for the banks that insured them. Money dried up because no one was willing to lend, leading to a credit crisis.

Crises also often lead to contagion to other countries, especially due to an unforeseen change that catches investors by surprise. In the late 1990s, a large U.S. investment firm, Long Term Capital Management, was shocked by financial crises in Asia and Russia that led to a collapse of the fund’s supposedly risk-free investment strategy.

Fearing a cascading effect on the entire U.S. market system, the Fed cut interest rates and convinced banks to ante up with a bailout.

Similarly, after the Lehman crash, then-Federal Reserve chair, Ben Bernanke, whose work on the Great Depression won him a Nobel Prize this month, cut interest rates and flooded the market with cash to avoid a repeat of the 1930s systemic collapse.

One of the biggest impacts of a financial crisis, said Laura Jones, an economist and executive vice-president of the Canadian Federation of Independent Business, is the psychological impact on people and businesses that leads to fear and uncertainty.

“Small businesses are often quite a good shock absorber for recessions, particularly those triggered by a financial crisis,” said Jones. “So if you look at 2008, small businesses were a lot slower to let go of employees.”

But burdened by debt and in the full knowledge they are unlikely to get another bailout package of the kind they got from the federal government during the pandemic, they may not be able to provide the same kind of buffer. Uncertainty just makes that harder.

“Small businesses have just come out of two years of hell with COVID,” said Jones. “And they came out of that to face supply chain challenges, inflation, interest rate hikes and labour shortages.”

Others have warned that the COVID-19 bailouts did not lead to the kind of shakeout in small businesses that, while painful for individual business owners, is good for the wider economy.

New numbers show Canada’s housing market is continuing to cool, with home sales down 32 per cent this September compared with the same time a year ago, and prices down 6.6 per cent.

Another long-awaited shakeout happening right now is in the Canadian housing sector. As Hilliard Macbeth, an Edmonton-based financial advisor and author of the book When the Bubble Bursts, has noted, most financial crises in history were preceded by a huge surge in private sector debt.

“Canada’s private sector debt is over 220 per cent of GDP, one of the highest ratios in the world,” said Macbeth in an email conversation on Saturday.

It is mortgage debt that pushes Canada and its banks into the danger zone, he said.

The Bank of Canada has studied whether Canada’s large banks could withstand a severe economic downturn. And their conclusion is that the banks are safe.

But Macbeth said the bank stress test report assumes bank losses due to mortgage losses will be minimal, and he fears that this time could be different if Canada and the world faces a severe recession.

“In the past Canadians have usually paid their mortgage debts with only minimal losses,” said Macbeth. “In today’s scenario with household debt levels and house prices much higher than ever before, we cannot know if this track record will hold.”

Whether or not the Bank of Canada thinks that is likely, their job, like that of the Bank of England and the U.S. Fed, is to be prepared to try and swoop to the rescue if the worst should happen.