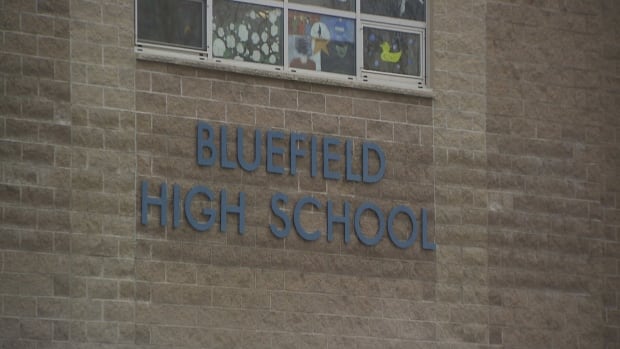 
RCMP on Prince Edward Island have confirmed a stabbing at Bluefield High School, outside Charlottetown, that resulted in non-life-threatening injuries.

RCMP Sgt Chris Gunn says the incident began as a fight between several people at the North Wiltshire school.

“One of the students of Bluefield High School received minor injuries from the knife. Happy to say that the accused currently is in custody,” Gunn said, adding that police responded about 11:30 a.m. AT Thursday.

“The victim has been taken to the hospital. His parents have been notified and are at the hospital with him and we are, again, continuing the investigation.”

Gunn said the accused was arrested in Charlottetown by city police and taken into custody without incident.

There are no further details on the age of the accused or whether he was a student at Bluefield.

The Public Schools Branch had announced Thursday afternoon that a “shelter in place situation” was in place at the school following an incident outside. According to the PSB, shelter in place means the students are safely secured inside the school with the doors locked.

The PSB later updated its messaging, but it wasn’t immediately clear if the shelter in place situation was still in place.

“RCMP have now assured us that the situation at Bluefield High School is safe,” read a Facebook post from PSB officials.

The post went on to say a regular dismissal was expected at the school on Thursday, and additional supports for students and staff would be offered in the coming days.

RCMP were also called to Westisle Composite High School, in western P.E.I., Thursday morning after a report of someone “possibly bringing a weapon” to the school.

“After further investigation by the police there was no evidence to support the accusation,” police said in an email.