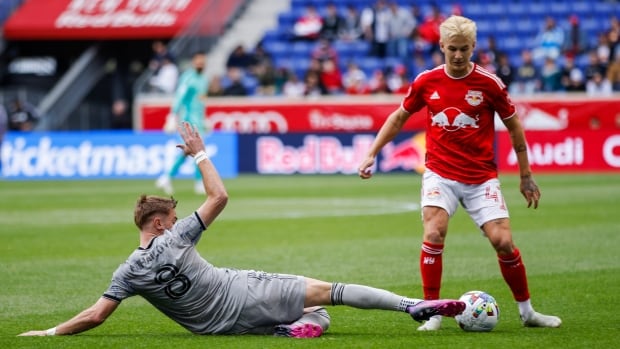 
Romell Quioto scored into an empty net in the 81st minute and CF Montreal rallied late to defeat the New York Red Bulls 2-1 in MLS action on Saturday.

Quioto netted the game-winner for Montreal (2-3-1) when he stole the ball from Carlos Coronel after catching the Red Bulls keeper way out in front of the net trying to clear the ball.

The lead held until Rudy Camacho pulled Montreal even with a goal in the 71st minute.

The Red Bulls outshot Montreal 14-9 with a 5-3 advantage in shots on goal.

Sebastian Breza saved four of the five shots he faced for Montreal.