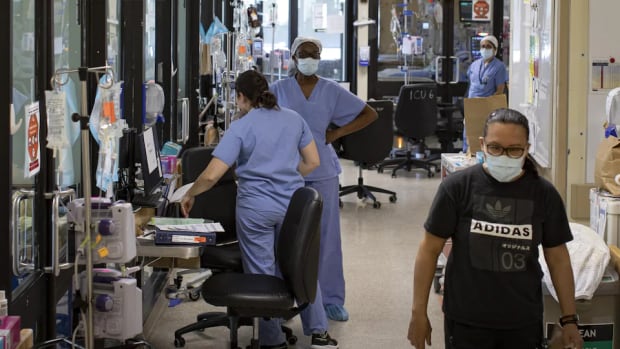 
The Quebec government has formed a crisis team to tackle long wait times in the province’s emergency rooms — without adding any additional resources.

The vast majority of Quebec’s hospitals are operating significantly over capacity. As of Thursday morning, the Royal Victoria Hospital had 58 patients admitted, though it only has capacity for 33, for example.

Dubé said there were administrative reasons for the delays that could be improved. The crisis team will include the directors of local emergency rooms, who will be able to make recommendations.

The minister said he’s committed to his goal of having every Quebecer seen within an hour and a half of arriving at an ER.

Recent cases, including that of a man who died after waiting for 16 hours in an emergency room, are “not acceptable,” he said.

Dr. Judy Morris, the president of Quebec’s association of emergency room doctors and a practicing ER physician, said urgent care services have been pushed to the limit.

“That’s where we are. We are in a situation of crisis, we are overwhelmed and not just one hospital, many hospitals across the region,” she said.

“Extraordinary measures have to be taken right now for the safety of the patient.”

Morris said they’ll take any help they’re offered — but said the system needs to “have our personnel, keep our personnel and bring back some personnel” to really address the problem.

“We have to be staffed adequately so that we can open up some beds, give adequate service to the patients, give enough service for home care,” she said. “And there’s the whole issue of primary care that needs to be there for the population as well.”

But Sonia Bélanger, the minister responsible for seniors’ health, acknowledged that “there will not be more nurses” to throw at the problem.

“Right now, our health-care system is fragile,” she said Wednesday, but acknowledged that more work needs to be done “before, and after, the emergency room.”

New system not popular yet

Dubé said a new system for accessing front-line care, known by its French acronym the GAP, isn’t well-known yet and is seldom used. The GAP allows those without a family doctor to call or go online to be triaged towards non-urgent care centres, in a bid to unclog ERs.

According to Radio-Canada, the waiting time on the phone service is about 15 minutes — except in Montreal, where it takes upwards of two hours, on average.

Dubé said a new phone number, exclusive for the greater Montreal area, should launch in mid-November.

The crisis team is expected to meet in the coming days.