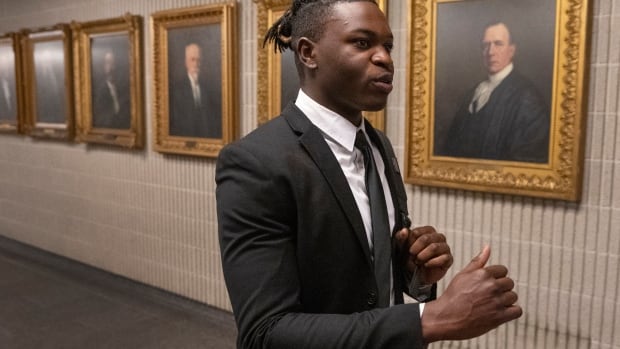 
Lawyers fighting against racial profiling are applauding a Quebec Superior Court decision prohibiting police across the province from making motor vehicle stops without cause.

Although Judge Michel Yergeau said Tuesday that the decision won’t eliminate racial profiling overnight, Quebec lawyers are highlighting the importance of suspending the practice, known as the roving random stop, in the battle to end discrimination.

“Racialized communities know that randomness was never actually part of it,” said Noa Mendelsohn Aviv, executive director and general counsel of the Canadian Civil Liberties Association (CCLA). “Their communities were disproportionately stopped over and over again.”

“Our hope is that Quebec will lead the way and that other jurisdictions across Canada will make the same move … and eliminate the police power for arbitrary stops that have impacted racialized people,” she said.

The ruling changes the law on traffic stops, but the new rules will only apply in six months.

Laura Berger, a lawyer with the CCLA, called the ruling, which challenges a precedent set by the 1990 R. v. Ladouceur Supreme Court decision, the “most impactful and far-reaching racial profiling decision” she has seen in her career.

“We have certainly had decisions at all levels of court that recognize the existence of racial profiling,” she said. “But this was a direct constitutional challenge of a police power that has existed under common law and under the [Highway Safety Code] in Quebec.”

Citing sources on the existence of racial profiling not only in the Quebec but also across the country, Yergeau’s ruling underlines that the police practice violates Sections 7, 9 and 15 of the Canadian Charter of Rights and Freedoms.

The first two provisions concern individuals’ rights when interacting with the criminal justice system, and Section 15 addresses an individual’s rights to equality and equal treatment under the law.

“It is extremely significant that the judge has recognized that all three of those provisions are violated,” she said.

Pierre Brochet, president of the Quebec police chiefs’ association (ADPQ), said Wednesday in a statement that the ruling raised issues of “great concern.”

“The purpose of Section 636 of the Highway Safety Code is to protect road users by ensuring that drivers and vehicles follow the law and established standards,” he said. “Therefore, this ruling will certainly have societal repercussions on road safety.”

However, Mendelsohn Aviv, of the CCLA, notes that the court ruling applies only to arbitrary stops without cause.

“The court did not rule on other kinds of checkpoints and other kinds of police powers that will be available to protect the safety of everybody on the roads,” she said.

The police chiefs association says it is “very aware” of racial profiling issues and that several initiatives have been put in place to address them.

In December 2020, Quebec’s anti-racism task force released a report calling for the end of random police stops without cause, but its recommendations are not legally binding.

The report suggests that police carry out stops based on “observable facts.”

“When not based on reasonable suspicion, police interventions may be perceived as harassment and a form of racism,” the document reads.

In response to the report, Geneviève Guilbault, then Quebec minister of public security, tabled a bill in December 2021 which would have allowed the ministry to establish guidelines for police that “may relate in particular to the absence of discrimination in police activities.”

But the bill was not reviewed before the National Assembly dissolved for the provincial election.

Nada Boumeftah, a criminal lawyer and president of the Saint-Michel legal clinic, says the decision might go to the Quebec Court of Appeal, but she hopes this ruling will not be perceived as a “defeat” for police.

“People shouldn’t think ‘police don’t have power, and it’s the end of respecting the law,” she said Wednesday in an interview with Radio-Canada’s Tout un matin. “When we’re talking about 10 per cent of the population that gets stopped four to five times more, it becomes very questionable, and it has not reduced the crime rate.”

Montreal Mayor Valérie Plante said at a news conference Wednesday the ruling aligns with the city of Montreal’s values, including those of the Montreal police service.

“This judgment says very clear and loud there is no place in our society for social or racial profiling,” she said.

Premier Fançois Legault told reporters Wednesday that his government will assess the “long” ruling before deciding whether to appeal it.