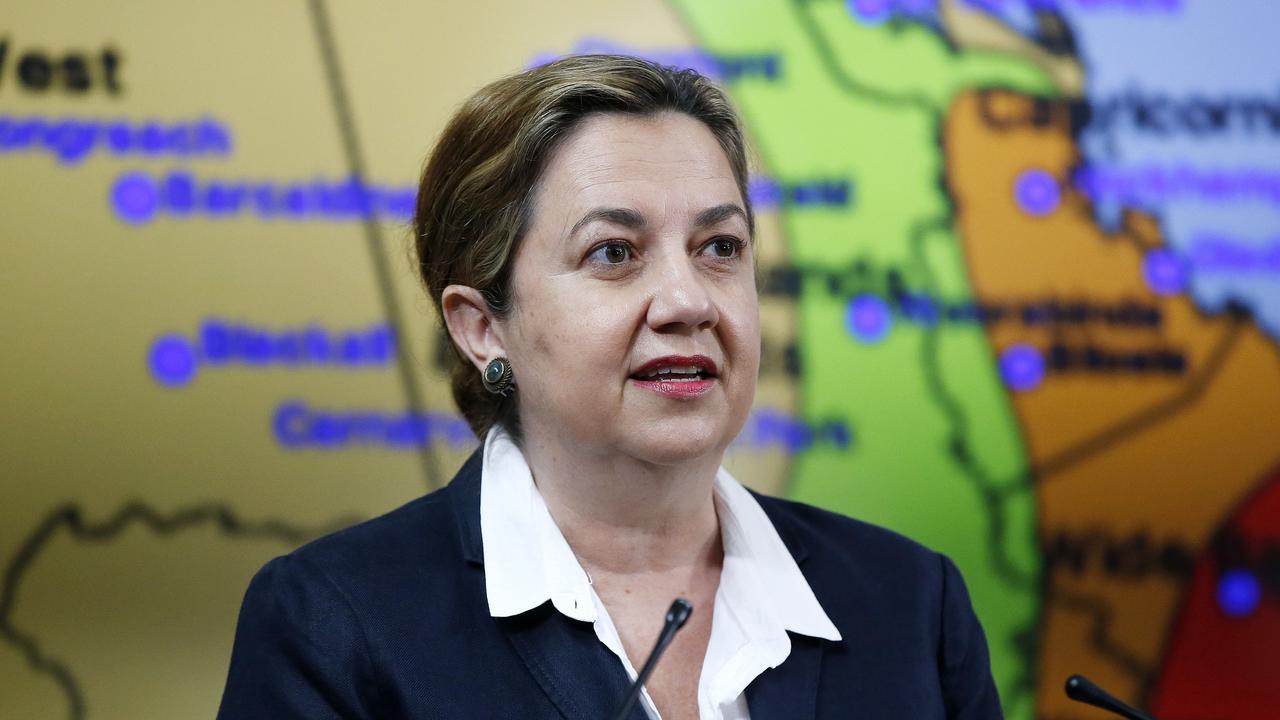 Annastacia Palaszczuk has apologised for an urgent piece of advice she gave as Queenslanders braced for a supercell storm.

Queensland Premier Annastacia Palaszczuk has apologised to parents for closing schools when threatening storms did not hit the southeast, saying she was acting on the advice given to her.

Conditions appear to be easing across southeast Queensland after devastating storms and floodwaters wreaked havoc over the past week.

On Friday, Ms Palaszczuk said the Brisbane River came down to 2.25m overnight.

Some areas in the Sunshine Coast received 100mm of rain and some showers were expected this evening.

Ms Palaszczuk apologised to parents affected by the confusing messages they received about picking their children up from school.

“I acknowledge there has been some inconvenience today for parents,” Ms Palaszczuk told reporters on Friday.

“But safety has to come first. At the end of the day you can only act on the advice you’re given, and that advice given to me … was that it was going to be very severe thunderstorms and hail.

She has faced heated criticism over her decision to close schools and the mixed messages sent to parents about picking their children up from school.

Southeast Queenslanders were yesterday urged to stay home amid another bout of hostile weather.

Ms Palaszczuk said parents in the Moreton Bay region, Sunshine Coast, Gympie, Wide Bay and north to Bundaberg should pick their children up from school as soon as was safe to do so.

But many were outraged by a now-deleted social media post that urged “parents in the southeast affected by floods and storms” without specifying the regions that were more at risk.

“If you’re in my shoes and you’re given the advice … I think everybody would have taken the same decision,” Ms Palaszczuk said.

“You can’t have a situation where there are mixed messages… it’s just not good enough from a government at this time when there needs to be clear and calm leadership, and certainty,” Dr Rowan told 4BC News.

While conditions have eased, the Bureau of Meteorology has warned some storms could still develop over the afternoon.

However, these storms will likely be less severe.

The death toll from the floods has risen to 10 after the body of a 53-year-old man, who was reported missing on Monday, was found under a wharf in the Port of Brisbane.

NC student airlifted to hospital after being stabbed during track practice :: WRAL.com