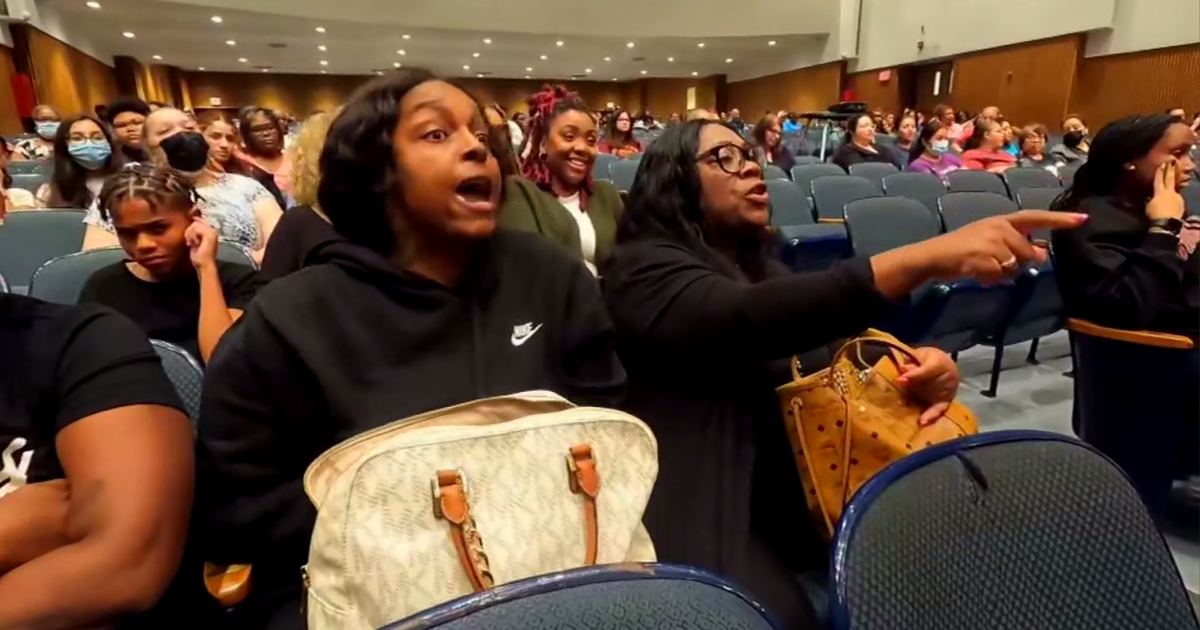 As CBS 2’s Marybel González reported, frustrated parents took to the podium at Proviso East High School after nearly two weeks of dealing with what they call teacher and bus driver shortages. They say they haven’t gotten answers, so they showed up to bring their questions straight to the board.

Trena Ellis, a frustrated mom, took video of students she said were crammed in a cafeteria on the first day of school at Proviso West because of teacher shortages.

Ellis was among the parents and educators who brought their shared concerns to the school board at Tuesday night – and tensions ran high.

Parents like Jenny Barbahen said the shortages are leaving students unattended during school hours – including her son.

“My student didn’t have a full schedule. He was not scheduled for an eighth period. So he kind of just left the building,” she said. “He was unaccounted for, because there was nowhere for them to be.”

Teachers from the district also shared the same concern.

“So what are wo doing?” said Proviso West teacher Carissa Gillespie. “Are we educating, or are we babysitting?”

Gillespie said the conditions were caused by a mass resignation following a strike last year.

“A lot of our teachers have gone to other districts in the surrounding areas and even taken pay cuts – not because of the students; we love our students – because of the disrespect and the lack of educational structure,” she said.

Meanwhile, other parents say the district isn’t just lacking staffing inside the classrooms, but also outside of it – including on the school buses, where they say there aren’t enough drivers.

“I have to go to work every day, but I cannot go to work when I’m trying to get the children to school,” said Proviso West grandparent Yolanda Davis. “I’m paying for Uber every day.”

The board heard concerns Tuesday night from a long list of parents who signed up for public comment – but as of 10 p.m., they had not responded to the parents’ questions, or our requests for comment.

Evansville mother gives birth on the side of I-69 | Indiana