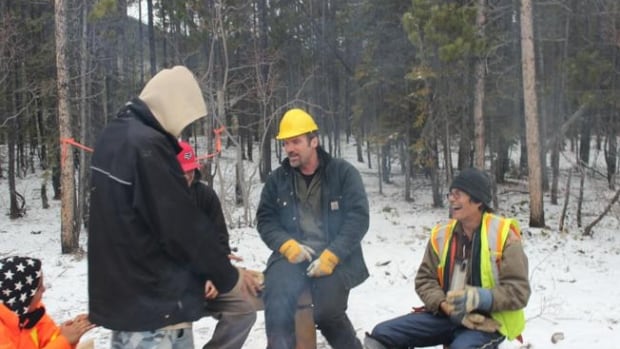 
Nelson Lepine knows just how hard it can be to overcome addiction.

He quit drinking alcohol 28 years ago, but he still remembers how long and arduous his first years of sobriety were.

“It took me two years to feel comfortable to walk into a bar, to let everybody drink while I have a cup of coffee,” said Lepine.

The Nelson Project, a Whitehorse non-profit organization named after Lepine — “I sort of brought the team together,” he says — was created around a year ago after Lepine noticed systemic shortcomings in current assistance programs. Lepine is now the Nelson Project’s treasurer.

“The system itself is failing people,” said Lepine. “And nobody’s asking the question: Why?”

He says people are relapsing because most addictions treatment or assistance programs in Yukon don’t offer the long-term support needed to be successful. Most programs last a few weeks, but people usually need years of support.

“You know, we take people who have experienced 30 years of chaos and interpersonal and institutional violence and we say, hey, how about a six-week program?” says Thomas Shepherd, a social worker and one of the founding members of the Nelson Project.

“And then you go back to the exact life you had before. Our expectations in the current system are not realistic.”

The Nelson Project wants to change this dynamic by creating lasting relationships with at-risk men in Yukon’s communities.

The project is organizing land-based retreats not only for men struggling with addiction, but also for those who want to change their lives but are lacking life support.

The first gathering will be for at risk-men in Yukon’s Burwash Landing  and Haines Junction areas. It is scheduled for early September. Organizers hope to expand the program to other communities in the near future.

“We’re focused on how we can build an ethical relationship with at-risk men and their allies, their family members and communities,” says Shepherd.

The project is geared toward men — primarily Indigenous men, but not exclusively — who are experiencing emotional or material hardship and do not have the support system they need.

The goal of Nelson Project gatherings will be to create relationships and find out what at-risk men want in terms of lifelong support.

“We want to be very cognizant of the fact that we’re creating an environment of no judgment,” says Lepine.

He acknowledges that this is difficult to achieve, but he says it is of utmost importance. He says another issue with traditional rehabilitation programs is that men don’t feel at ease to speak freely.

“There’s a group that’s somewhat neglected here in the conversation because men who can be long-term survivors of abuse, neglect and abandonment as children still get labelled the bad guy later in life,” says Shepherd.

He says the Nelson Project is the only non-profit organization in the Yukon focusing specifically on at-risk men in Indigenous communities. The project has received initial funding of $51,000 from Yukon’s Crime Prevention Victims Services Trust Fund. It has also received support from the Champagne and Aishihik First Nation, Kluane First Nation, and Parks Canada.

Shepherd says Indigenous men are exceptionally under-served in terms of social services. He notes that Indigenous men have the lowest level of education compared to any other group in Canada, including Indigenous women.

But Nelson says this statistic has nothing to do with these men’s capacity, but rather points to a history of colonial violence.

“At the end of the day, every life has a value. So even if you only got to Grade 8, you still have value,” says Lepine.

“I feel extremely wealthy because I have four grandkids. So, put the values where the value should be —not on money, not necessarily education.”

Shepherd and Lepine want the Nelson Project to last for years to come.

“This has to exceed our lifetime,” says Lepine.

Anyone who identifies as a man and is interested in taking part is invited to call 867-333-5483 or email info@thenelsonproject.ca.