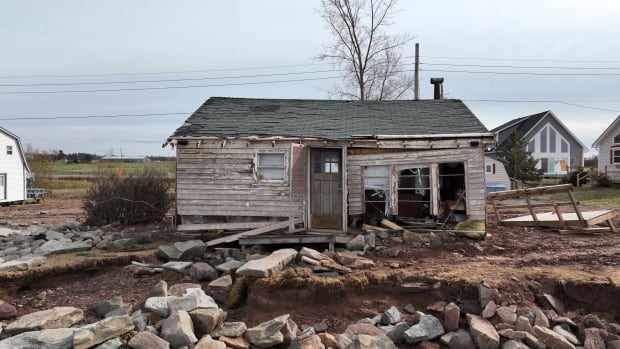 Trudeau made the announcement in Halifax today, explaining that the funding would be distributed over two years to help people immediately impacted by the storm, while also supporting long-term recovery efforts.

“This fund will be here for anyone who is not covered by any other programs,” Trudeau said.

The fund will be managed by the ACOA, in concert with other federal departments and agencies, including Canada Economic Development for Quebec Regions, Fisheries and Oceans Canada and Transport Canada.

The federal government is also providing financial assistance to the provinces through the Disaster Financial Assistance Arrangements (DFAA), which covers up to 90 per cent of eligible provincial expenses following a disaster.

Those expenses are wide ranging and include costs associated with evacuation, food, shelter, clothing, and repairs to roads, buildings and bridges. It also covers items like personal furnishings, appliances and some equipment.

“Our thoughts are with all Canadians dealing with the aftermath of Hurricane Fiona,” Trudeau said in a statement. “There is still much work to be done in the days and months ahead to clean up and rebuild, but I know Atlantic Canadians and Quebecers will continue to be there for each other, and so will the government of Canada.”

Many remain without power

Ten days after Fiona blew through Nova Scotia, there are still thousands of Nova Scotia Power customers waiting for electricity and some who have no idea when it will come back on.

Nova Scotia Premier Tim Houston says more than 20,000 residents are still without power in his province and that many won’t have their electricity restored until the weekend. Having additional troops for things like traffic control could free up electrical workers and get power restored faster, he says.

In total, 850 troops have been deployed in Nova Scotia, P.E.I., and Newfoundland and Labrador, according to Defence Minister Anita Anand’s office.

“We will continue to deploy the right number of personnel to accomplish the tasks … and we will be there for as long as it takes to get these critical tasks done,” a spokesperson said in a statement.