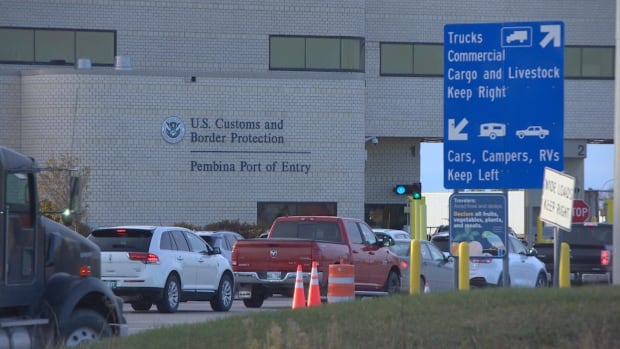 The group of provincial and state leaders have written to Prime Minister Justin Trudeau and U.S. President Joe Biden to argue that curtailed hours at border crossings are hurting the economy.

It says travellers and businesses are being forced to go out of their way to find entry points with longer hours, driving up fuel and labour costs.

The leaders say that’s also hurting smaller border communities along the Canada-U.S. border that depend on international traffic for their economic livelihoods.

The letter does not mention that the U.S. still requires visiting foreign nationals to be vaccinated against COVID-19, a requirement Canada lifted over the weekend.

“Residents and businesses on both sides of the border have expressed concern that the reduced hours of operation will become permanent,” the letter reads.

It also argues that the supply chain problems that have persisted since the onset of COVID-19 in 2020 will only linger so long as cross-border trade and travel remains curtailed by limited hours at border crossings.

“Resuming pre-pandemic operating hours will ensure the efficient and steady flow of people and goods, which will only improve trade activity and reduce inflationary pressure on both sides of the border.”

A notice on the Canada Border Services Agency website warns of limited operating hours at nearly 40 land ports of entry, mostly in the Prairie provinces, along with Quebec, New Brunswick and B.C.

Fire Lt. uses himself as shield against flames

The car Aussies are obsessed with