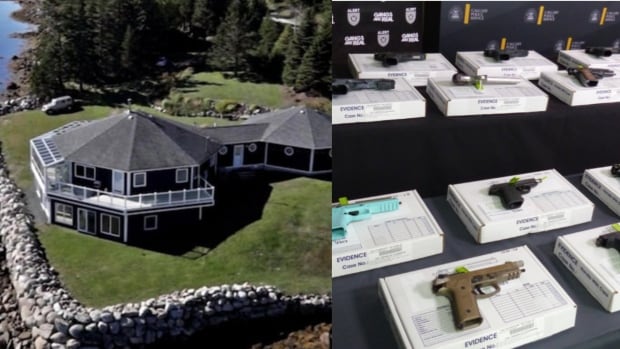 
Fifteen people and a Calgary business have been charged following a cross-border, $55-million drug bust. It’s believed they were bringing cocaine and methamphetamine produced by Mexican cartels to Alberta, says a police organization dedicated to serious and organized crime.

Meth and cocaine believed to be on the way to Alberta was seized in the United States and elsewhere in Canada, ALERT said. Lead investigator Sgt. Tara McNeil said the drugs seized were destined for the “streets of Calgary” and across the province.

Among those charged is Calgarian Talal Fouani, 46, said McNeil.

In August, Fouani and his wife were shot in his Bentley outside their southwest Calgary home.

Fouani survived, but his wife, Nakita Baron, 31, died of her injuries.

CBC News learned that Fouani was out on bail awaiting trial on organized crime charges. Now Fouani faces charges related to laundering proceeds of crime, participation in a criminal organization and possession of property obtained by crime, ALERT says.

Fourteen other people, including Belal Fouani, and a company called Fouani Equity Funds Ltd., have been charged with offences ranging from participation in a criminal organization, importation of a controlled substance, laundering proceeds of crime and drug trafficking.

But McNeil says ALERT alleges that a man named Ricco King, 50, is believed to be the top figure in the crime organization. King faces charges of trafficking, laundering the proceeds of crime and participation in a criminal organization.

McNeil said two multimillion-dollar mansions — in Halifax and Niagara-on-the-Lake — belonging to King have been placed under criminal restraint.

McNeil said all of the accused were charged in Calgary, and their court cases will be tried in the city.

McNeil said they believe the drugs originated in Mexico, and the “criminal organization” had established links with cartels in that country. However, she said the organization didn’t have a name and wasn’t defined by age or race.

“It was a group of people that were working together for the benefit of the group and to make as much money as possible and import as many drugs as they possibly could,” she said.

In a media release, ALERT said meth and cocaine bound for Alberta has been seized in Wyoming, Los Angeles, Lake Koocanusa, B.C., and North Battleford, Sask. Drugs were also seized in Calgary.

“The amount of harm that mountain of methamphetamine brings to our communities is very disturbing.”

ALERT says 928 kilograms of methamphetamine and six kilograms of cocaine were intercepted, and about $7 million worth of property has been seized or placed under criminal restraint.

A $3.5-million home in Niagara-on-the-Lake, two Lamborghinis, a Porsche and classic cars are among the possessions under criminal restraint. These are all the profits of a organized crime, said Cochlin.

Cochlin said he believes that this bust is one of, if not the biggest, drug bust in Alberta’s history.