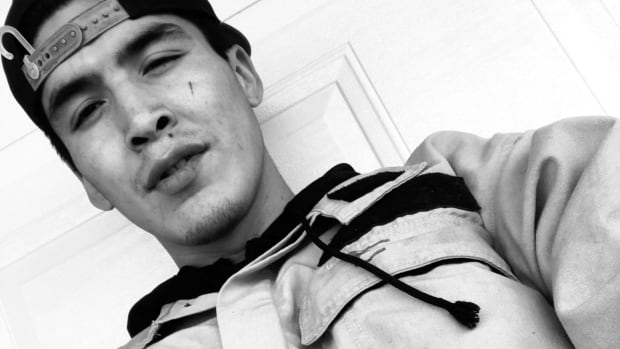 
N.W.T. RCMP say they are looking for Thaddeus McNeely, 24, in connection to a “critical incident” in Fort Good Hope Tuesday night that left one dead and two others injured.

During a news conference Wednesday afternoon, RCMP Supt. Jeffrey Christie identified McNeely as a “subject of interest.” His whereabouts are currently unknown, but police believe he is still in the community.

The RCMP investigation is still in its early stages. Though police have not identified any other suspects, Christie did not rule out the possibility of more suspects.

Christie was also unable to say whether Tuesday’s attacks were a random or targeted act, but said he would try to share more details once police have a better understanding of the situation.

About 20 officers are on the ground in Fort Good Hope, a community of about 500, right now.

McNeely, who turned 24 on Tuesday, has several previous convictions for assault causing bodily harm, as well as simple assault, obstruction and failing to comply with court orders.

According to court records, he was charged in March with two more counts of assault causing bodily harm. He also has outstanding charges of uttering threats and mischief.

He was released July 26 with conditions that included a prohibition from possessing a knife or edged weapon, except to eat.

Christie said anyone who spots McNeely should not approach him, but should call police.

“Care and caution is certainly appropriate as we go through the next few hours,” he said.

Earlier Wednesday morning, RCMP lifted a request for residents to shelter in place but advised them to stay vigilant.

Lucy Jackson, the acting chief of Fort Good Hope, told CBC three people were stabbed Tuesday night and police had asked residents to stay inside, lock their doors and close their windows.

One victim died shortly after being brought to the health centre, and another was in severe condition. The third was injured but stable, Jackson said, and the two surviving victims were medevac’d to Yellowknife.

“People were hurt — young people, in general, were hurt, were in pain, were weeping, were crying. I think today is the day we need more help in the community, like trauma teams … to come help the community at large,” she said.

“Every home has been impacted.”

Jackson said there is one mental health worker in the community, who was a “wonderful help” Tuesday night. Jackson said she and four other community members spent the night at the health centre to help out since there is a shortage of nurses in Fort Good Hope. They helped until the medevac arrived.

“I think that’s a blessing on us, for us to be there … to help make sure that everything really stabilized with the people and the victims. And we prayed,” she said.

She said current and past leaders gathered as well to help, pray, and make sure the people affected were looked after. Leaders were planning to meet Wednesday morning to create a plan to help the community, she added.

In an update Wednesday morning at 7:48 a.m., RCMP said they are continuing to investigate what happened. More officers arrived in the community overnight and more are on their way, including the Major Crimes Unit and police dog services.

“The RCMP are seeking assistance from anyone who might have information regarding this incident, or the possible location of the suspect,” Supt. Jeffrey Christie, a criminal operations officers with G Division, said in the news release.

Late Tuesday night, RCMP issued a news release asking residents to shelter in place due to the ongoing incident.

“As police presence increases within the community of Fort Good Hope, the RCMP would ask residents not to share the locations and movements of our officers,” the RCMP wrote at that time, a request it repeated in Wednesday morning’s update.

RCMP said it would provide further updates when possible.