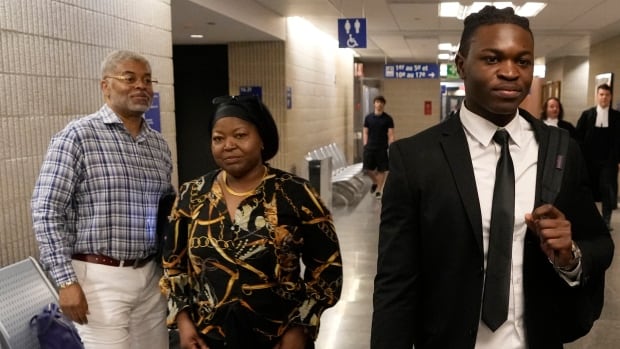 Police can’t pull over a driver without cause, Quebec Superior Court rules in racial profiling case


Police motor vehicle stops without cause are a violation of the Canadian Charter of Rights and Freedoms, Quebec Superior Court ruled Tuesday.

The decision won’t put an end to racial profiling overnight, Judge Michel Yergeau wrote in his ruling, but the court is allowing a six-month delay until the rules allowing random stops are officially invalid.

“Racial profiling does exist. It is not a laboratory-constructed abstraction. It is not a view of the mind. It is a reality that weighs heavily on Black communities. It manifests itself in particular among Black drivers of motor vehicles,” Yergeau said.

“Charter rights can no longer be left in thrall to an unlikely moment of epiphany by the police. Ethics and justice must go hand in hand to turn this page.”

The time has come for the judicial system to recognize and declare that this “unbounded power” violates some right guaranteed to the community, the court said.

This decision comes after Montrealer Joseph-Christopher Luamba, a 22-year-old Black man, told the court he gets ready to pull over whenever he sees a police cruiser.

In the 18 months after he got his driver’s licence in March 2018, Luamba said he was stopped by police around 10 times for no specific reason. He said he was driving a car during about half the stops and was a passenger in another person’s car during the other police stops.

Those traffic stops were at the heart of the lawsuit that he filed against the Canadian and Quebec governments. The case began in May of this year.

Luamba said he believes he was racially profiled during the traffic stops — none of which resulted in a ticket. Common law has long allowed Canadian police to stop people for no reason, but Luamba has been fighting for the practice to be declared unconstitutional.

“I was frustrated,” he told the court. “Why was I stopped? I followed the rules. I didn’t commit any infractions.”

Lawyers for Luamba and the Canadian Civil Liberties Association, which has intervener status in the case, told the court that the power of police to randomly stop drivers, outside of drunk driving checkpoints, is unconstitutional and enables racial profiling.

The court ruled on Tuesday that this practice violates the rights guaranteed by Sections 7 and 9 and paragraph 15 of the Canadian Charter of Rights and Freedoms.

“The preponderant evidence shows that over time, the arbitrary power granted to the police to carry out roadside stops without cause has become for some of them a vector, even a safe conduit for racial profiling against the Black community,” wrote Yergeau in his ruling.

Yergeau’s ruling challenges the rules established by a 1990 Supreme Court decision, R. v. Ladouceur, where the high court ruled that police were justified when they issued a summons to an Ontario driver who had been stopped randomly and who had been driving with a suspended licence.

The high court ruled that random stops were the only way to determine whether drivers are properly licensed, whether a vehicle’s seatbelts work and whether a driver is impaired.

But Yergeau wrote it was time for the justice system to declare this power, which violates certain constitutional rights, obsolete and inoperable, as well as the article of Quebec’s provincial Highway Safety Code that allows it.

Still, Yergeau wrote that the ruling applies specifically to the random stops. He said the ruling is not meant to be an inquiry report on systemic racism involving racialized or Indigenous peoples.

The judge also said the ruling is not about racism within police forces, saying the court heard no evidence in this regard, nor did it draw a conclusion.

But he noted that “racial profiling can sneakily creep into police practice without police officers in general being driven by racist values.”

Lawyers for the Canadian and Quebec governments argued that the Supreme Court was right to uphold the rule allowing random stops, which they say is an important tool for fighting drunk driving.

Police forces testified about the different efforts made to curb racial profiling and diversify their rank and file.

There was no immediate word on a possible appeal.

At the federal level, a spokesperson for Minister of Justice David Lametti said in an email that the ministry is aware of the decision and “will take the time to study it before commenting further.”