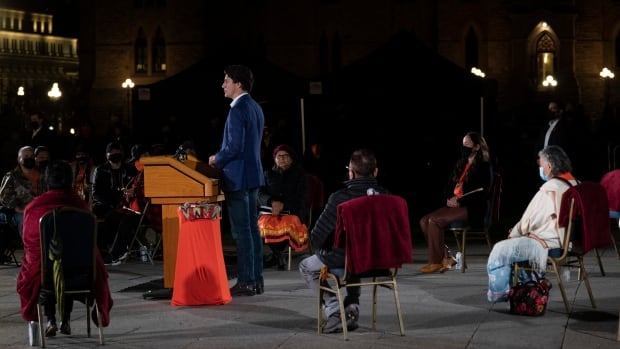 Trudeau was criticized late last week for flying to Tofino, B.C., on Canada’s first National Day for Truth and Reconciliation and spending part of it vacationing with family.

Trudeau had attended a ceremony in Ottawa Wednesday night, but the Prime Minister’s Office confirmed Thursday he was spending several days in Tofino. He spoke with several residential school survivors Thursday as well.

Tk’emlúps te Secwépemc Nation is near the site of the former Kamloops residential school where about 200 unmarked potential burial sites were detected by a radar survey this spring. Casimir said her nation had twice written to Trudeau to invite him to join them to mark the national day Thursday.

The senior government source, which CBC News is not identifying because they were not authorized to speak publicly, said Trudeau and Casimir also discussed next steps and that the prime minister was looking forward to visiting the community soon.