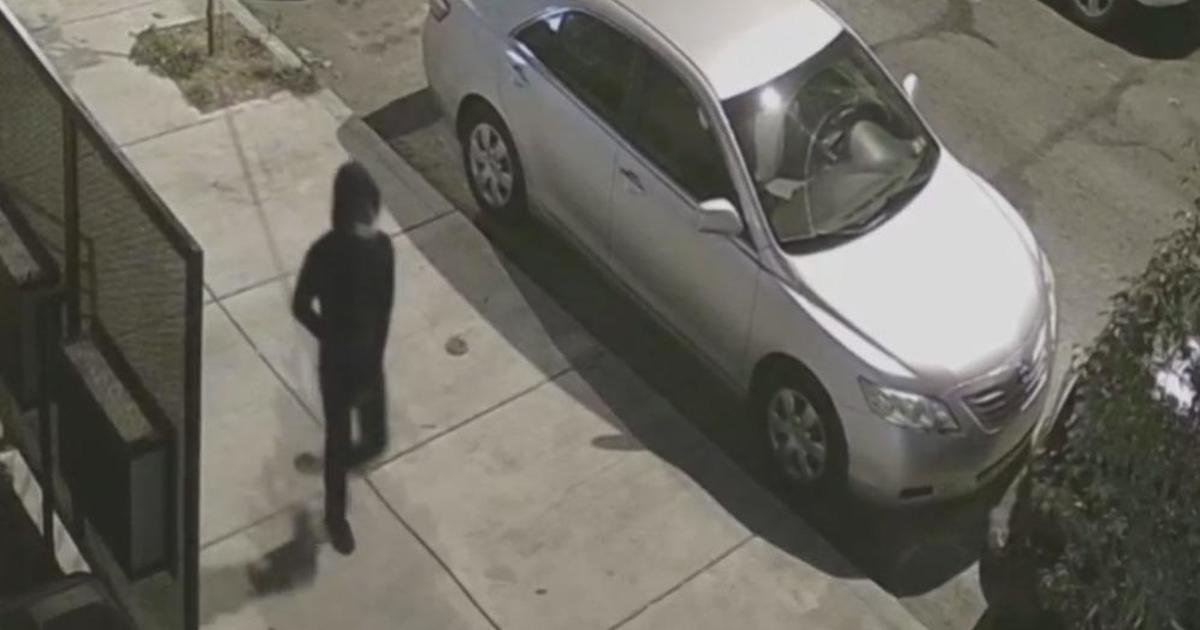 
PHILADELPHIA (CBS) — Philadelphia police need your help tracking down the gunman who killed a man near Drexel University. Authorities released surveillance video of the shooting Friday.

Police describe the murder as horrific.

Police say the victim was hanging out with friends in South Philadelphia, took the train home and as he was walking back to his apartment, he was shot to death by a stranger for no apparent reason.

Surveillance video shows the gunman in a black hoodie walking down North 35th Street around 12:30 a.m. Thursday. Just as he crosses paths with 23-year-old Everett Beauregard, he turns around and opens fire.

As Beauregard lay helpless on the sidewalk, the gunman runs away, then turns around and fires another shot at the victim.

Police say the two didn’t know each other and it appears no words were exchanged before the shooting.

“Tragically, Mr. Beauregard’s life was cut short by this horrific act of violence and for no apparent reason whatsoever,” Smith said.

Beauregard’s heartbroken parents say their son was a recent graduate of Temple University and was about to start working on his Master of Business Administration this winter.

He worked for Wells Fargo and used to be an intern of U.S. Rep. Brendan Boyle.

“Mr. Beauregard wasn’t part of a gang. He didn’t deal drugs,” Smith said. “By all accounts, he was a good person going about his day living his life.”

Police say shortly before the shooting, there was another person walking on the street who caught the gunman’s attention, but for whatever reason, the gunman chose not to follow that person, instead targeting Beauregard.

“It almost looks like somebody playing a video game,” Deputy Commissioner Frank Vanore said. “Like he didn’t think much of it. And that’s truly frightening and horrific, really. So, it’s definitely somebody we don’t want with a firearm, and we don’t want on the street.”

A $20,000 reward is being offered for information leading to an arrest and conviction.

Madeleine Wright is a bilingual general assignment reporter for CBS3 Eyewitness News. She joined the team in January 2022.