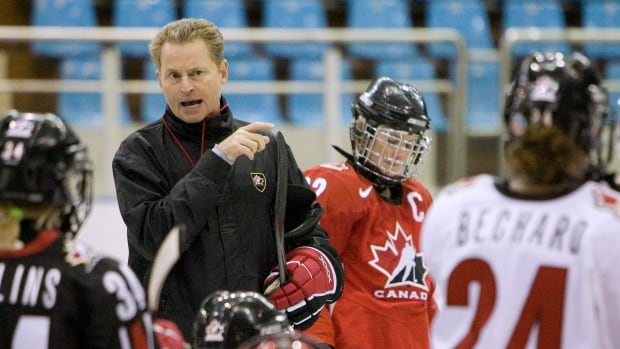 
The Montreal Force has named Peter Smith the team’s head coach for its expansion season in the Premier Hockey League.

Smith, of Lachine, Que., coached the McGill University Martlets to four national university championships during his 20 seasons behind their bench.

He was an assistant coach of Canadian women’s teams that won Olympic gold in 2006 and 2010, and world championship gold in 2007.

Smith was head coach of the team national team that took silver in 2008.

The Montreal Force will be the PHF’s seventh team and join the Toronto Six as the two Canadian clubs on the circuit.

“I am thrilled to have the opportunity to coach La Force de Montreal,” Smith said Tuesday in a statement.

“Having a professional women’s hockey team in the city and representing the entire province is exciting for both players and fans alike.

“We have a great group of talented players and a terrific organization starting with very supportive ownership.”

“This is a huge moment for this team as we prepare for our first season together,” Force president Kevin Raphael said.

“Peter is one of the greatest hockey minds in Canadian women’s hockey history, Pierre is a hardworking man who believes in our mission, and Katia is quickly climbing the coaching ladder with her unique player’s perspective,”

The Force currently has 16 players under contract including forward Ann-Sophie Bettez, who played for Canada at the 2019 women’s world championship.