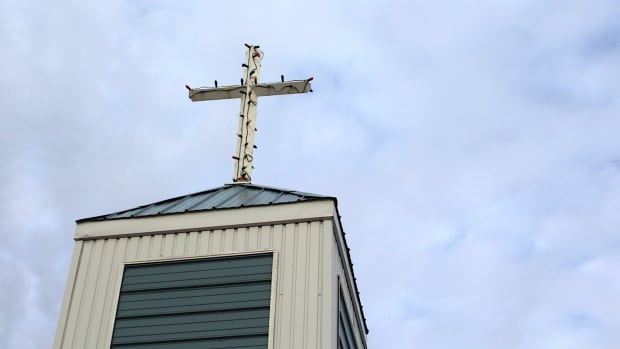 
Thousands of people have signed an online petition calling for the Catholic Church’s charitable status to be suspended over its response to the residential school file.

It follows statements from individual jurisdictions considering other action, such as removing subsidies or ending property tax exemptions for the Catholic Church.

Petition organizer David Thomson said the church has betrayed survivors and a financial consequence is the only thing that will spur change. More than 6,000 people so far have signed the petition on Change.org.

“I wanted to help support justice and equity and fairness for Indigenous people in Canada. Why don’t we go after the charitable status? That’s going to get the attention of the [Catholic] Church,” Thomson said.

Thomson, who lives in Vancouver, said he’s worked in the charitable sector for much of his career. He said the news of unmarked graves found at residential school sites in Kamloops, B.C., Cowessess First Nation in Saskatchewan and elsewhere in Canada touched him deeply.

Thomson also said he grew frustrated to hear that some Catholic bodies are only now considering a full release of residential school documents — and many have yet to be released.

He grew even more angry when he learned the Church was spending more than $300 million on construction projects while it was telling a judge they couldn’t raise $25 million for survivors. He said he’s also frustrated by reports that millions of dollars meant for survivors went to Catholic Church lawyers, administration and bad loans.

As a non-Indigenous person, Thomson wondered what he could do, saying it’s not fair for Indigenous people to shoulder the entire burden of fighting for justice. That’s when he got the idea for a petition.

“I thought, ‘Wow, wait a second. This Church, this institution is basically piggybacking on Canadian taxpayers to support its behaviour,'” he said.

Thomson said he’s heard the “excuse” that only certain Catholic bodies were responsible, but doesn’t agree. He said the United, Anglican and Presbyterian churches all made a “sincere effort” to take national responsibility for the damage caused by the residential school system. That includes releasing all documents and paying the full compensation amount.

Thomson suggests the Church could always regain its charity status if it does what’s right.

A spokesperson with the Canada Revenue Agency said for a suspension to go through, there would have to be an investigation and a hearing to prove an organization violated the conditions of its charitable status.

No one from the Liberal, NDP or Conservative parties agreed to an interview with CBC News, nor would they say whether they agree with the petition. No one from the Canadian Conference of Catholic Bishops could be reached for comment.

Iqaluit Mayor Kenny Bell has harshly criticized the Catholic Church following the unmarked grave discoveries. He says he plans to introduce a motion at an upcoming council meeting to remove the land tax exemption to churches in his city. Bell said some churchgoers and priests oppose the move, but he has the support of many Inuit community members.

Do you know of a child who never came home from residential school? Or someone who worked at one? We would like to hear from you. Email our Indigenous-led team investigating the impacts of residential schools at wherearethey@cbc.ca or call toll-free: 1-833-824-0800.