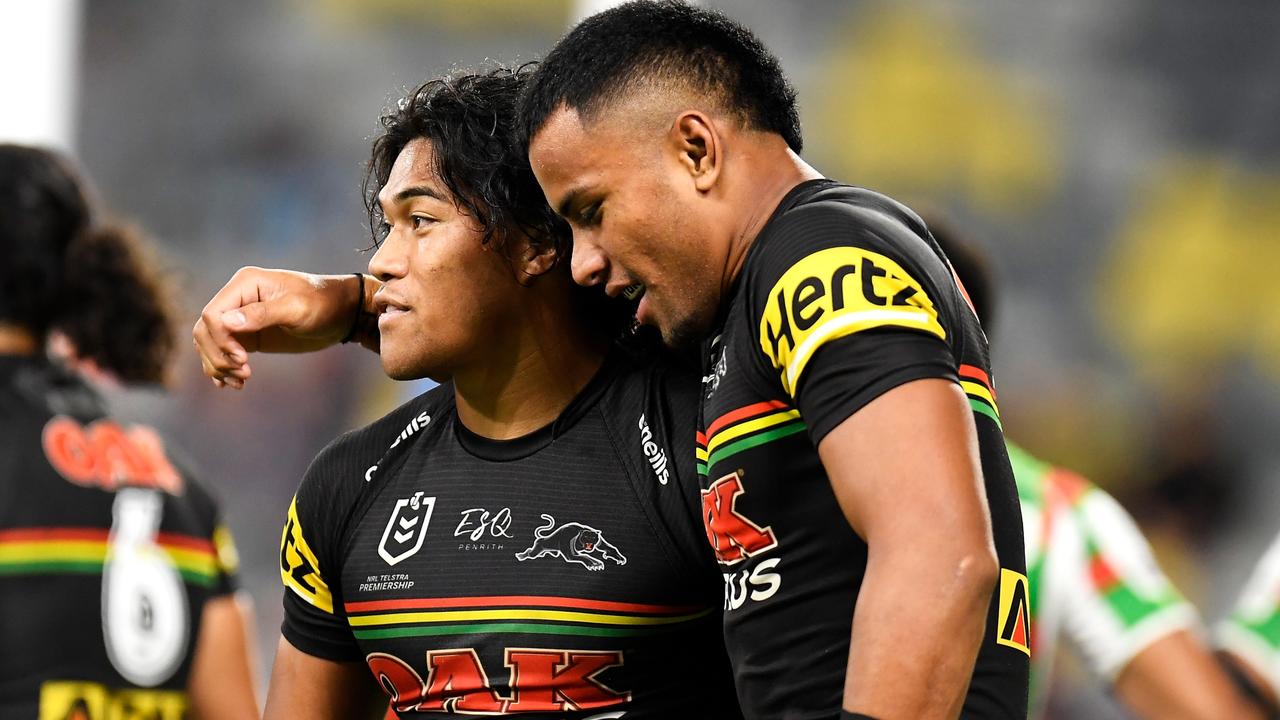 Only a sudden spike in Covid-19 cases on Sunday morning will stop the NRL grand final from going ahead, says Peter V’landys.

ARL Commission chairman Peter V’landys says it’s “full steam ahead” for the NRL grand final, which will be played at Brisbane’s Suncorp Stadium tonight unless Queensland records a sudden spike in Covid-19 cases.

South East Queensland’s recent Covid-19 outbreak cast doubt on the decider, to be contested by Penrith and South Sydney, with relocation, postponement and banning spectators all on the table this week.

As revealed by News Corp on Friday, the Western Australian Government made a last-ditch attempt to lure the grand final to Perth’s Optus Stadium, while Stadium Australia in Sydney and Townsville’s Queensland Country Bank Stadium had also been floated as other Plan B options.

However, the Sunshine State recorded just two new local Covid-19 cases on both Friday and Saturday, leaving the door open for the NRL grand final to go ahead at Suncorp Stadium as planned.

The game is set to proceed at 75 per cent capacity — or 39,000 fans — in accordance with new regulations implemented by the Queensland Government on Thursday.

“At this stage it’s all good … there’s no cases that they’re not being able to track.

“If that continues tomorrow, it’ll be a restless night for me and the NRL team, it’ll be all go tomorrow.

“If there’s a lockdown, we’ll have to consider postponing the match and moving it to Townsville.

“We won’t do that unilaterally, we’ll certainly speak to the two coaches, the two clubs, and get their viewpoints and make a decision.

“I’m hoping that doesn’t occur and that there’ll be no cases that they can’t track and we’re full steam ahead tomorrow night.”

At Friday’s press conference, the coaches of both sides said their playing groups would not be fazed by any last-minute changes to the fixture.

“It’s been pretty similar to so many other weeks we’ve had,” Panthers coach Ivan Cleary said of the chaotic lead-up to the grand final.

“It’s just been one of those seasons.

“We haven’t really spoken about it at all. Whatever happens, happens.”

“The players are ready to play; if they’ve got to play tomorrow, next week, the week after, they’ll play,” he said.

“It’s something that we can’t control. There’s no conversation to be had. We’re not talking about it, we’re preparing for Sunday. If something changes, well, it changes.”