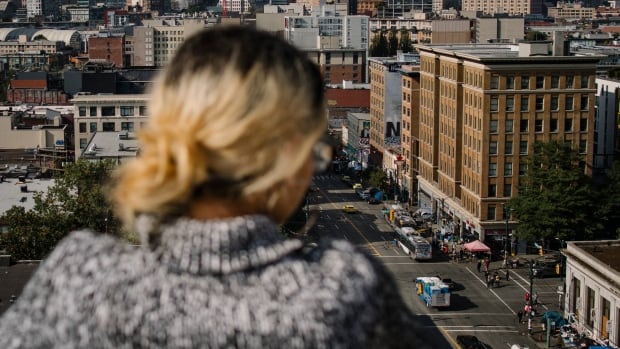 ‘People should be responsible’: Victim in alleged sex assault shocked by accused’s release


WARNING: This article contains details of sexual assault and may affect those who have experienced​ ​​​it or know someone affected by it.

An Indigenous woman who levelled a sexual assault allegation against a man now linked to three deaths in Vancouver’s Downtown Eastside says she was shocked to learn authorities considered him a danger to the public.

The 29-year-old Vancouver woman accused Van Chung Pham of drugging and sexually assaulting her in November 2020 in the same single room occupancy apartment where police would later discover the bodies of Pham, 14-year-old Noelle O’Soup and another woman.

She agreed to an interview after reading a CBC report which revealed that Pham was released from immigration custody just a month before the alleged assault — despite a history of preying on vulnerable women, and that included at least one earlier overdose death.

“A lot of people should be responsible for the way they’ve dealt with him,” said the woman. The CBC is keeping her identity confidential as part of a ban on identifying complainants in criminal sexual assault cases.

Police discovered Pham’s body in his room at the Heatley Block at the end of February, but did not discover the bodies of Noelle and the other woman until May 1, when they were called back to the unit by neighbours who complained of the smell coming from Apartment 16.

Questions surrounding Pham’s movements in the months and years before his death took on renewed intensity this week with revelations that Noelle and the other woman — whom police have not identified — were not the first people to die in Pham’s presence.

The 46-year-old was ordered deported from Canada to Vietnam in 2016 after a series of criminal convictions for break-and-enter and drug trafficking.

At one point, a provincial court judge barred Pham from the physical parameters of the Downtown Eastside. Yet he kept returning, getting arrested and placed in immigration custody, then being released on conditions he invariably broke.

According to Immigration and Refugee Board hearings, another woman died in Pham’s room at his former residence in the Hotel Canada on Richards Street in June 2019. A tribunal member told Pham he believed he gave “drugs to vulnerable women so that they will have sex with you.”

The same tribunal member told Pham he found “that you pose a danger to the public,” but ordered his release for a final time on Oct. 14, 2020. He said there appeared to be no chance of getting the travel documents needed to return him to Vietnam and consequently no “legitimate immigration purpose” for detaining him.

The woman who accused Pham of sexual assault said she met Pham on Hastings Street, in the heart of the Downtown Eastside — where she had moved to visit her mother.

In an interview, the woman was frank about her addiction. She said Pham offered her free, good quality drugs — mostly fentanyl — but not in exchange for sex.

“If it had to come down to a point where he was letting me believe that I have to trade something for it, I would instantly probably just walk away,” she said.

The woman said she often saw Pham with other, young girls who were there “for, specifically, free drugs.”

She described Pham as short, a little over five feet tall. He was bald and walked with a limp. His front teeth were missing, and while he spoke broken English, they were still able to communicate.

On the day she was assaulted, the woman said she accompanied Pham to his narrow, second-floor room, which sat above a series of businesses and cafes overlooking Hastings Street. He told her to be quiet so neighbours would not know she was there.

She said the unit was clean at the time.

“Very small, twin bed and a little couch. He had room for a little coffee table, then there would be just a random fridge against the wall, and a window and a sink,” she said.

‘I couldn’t even wrap my head around it’

The woman said the drugs Pham gave her were “stronger than usual.”

“I’m usually pretty aware at all times. I try to stay that way so it was out of character for me to get that messed up,” she said.

“The best way to describe it was like an out-of-body experience. From my experience, I felt like my soul had left my body and I was just literally laying there, and I could see what was going on, but I was still gone. It was really uncomfortable. It just happened out of nowhere.”

The woman said Pham removed her clothing. When she left his place, she said, “I was barely even dressed. I didn’t even have my shoes on, I ran out of there so fast. I remember that, and just freaking out.”

The woman said she had the feeling that Pham “put something inside of me that wasn’t meant to be there.”

She said a friend took her to hospital in Burnaby, where RCMP showed up after she said she had been sexually assaulted. She says Vancouver police contacted her a short while later, which led to an investigation that culminated in charges.

The woman said she continued to see Pham in and around the Downtown Eastside as the investigation continued. She said she was told when charges were approved.

Then, just days later, she was told when officers found Pham dead.

“It was so shocking to me, I couldn’t even wrap my head around it. I couldn’t understand it.”

‘Girls have died in his company’

The woman says she is still trying to process what happened to her in the context of the deaths of Noelle, the other woman who died at the Heatley Block, and the woman who died of an overdose at Pham’s room in the Hotel Canada.

Organizations working with women in the Downtown Eastside have warned of escalating levels of violence in recent months, including more frequent, brutal kidnappings, forced confinements, rapes and robberies.

The area has seen serial killers prey on Indigenous women and girls in the past.

Robert Pickton was convicted in 2007 of six counts of second-degree murder, but the remains or DNA of 33 women were found on his pig farm in Port Coquitlam.

He targeted sex workers and other vulnerable women on Vancouver’s Downtown Eastside. Many of his dozens of victims were Indigenous women, some dealing with addictions or mental health challenges.

Another killer, Gilbert Paul Jordan, was convicted of manslaughter in the death of one woman, but believed to have killed as many as 12 Indigenous women over several decades through the forced consumption of alcohol.

Families of women who have died on the Downtown Eastside in recent months have expressed concern about the possibility of highly potent and toxic fentanyl being used to kill without attracting notice.

The woman who accused Pham says she has no doubt that predators are operating in the area without any fear of consequence.

“I would never want someone to die, that’s for sure,” she said.

“But I think there is no justice that will ever happen for the other girls, for me and for past girls that I’ve known about or will never know about. I think that’s what’s most upsetting.”