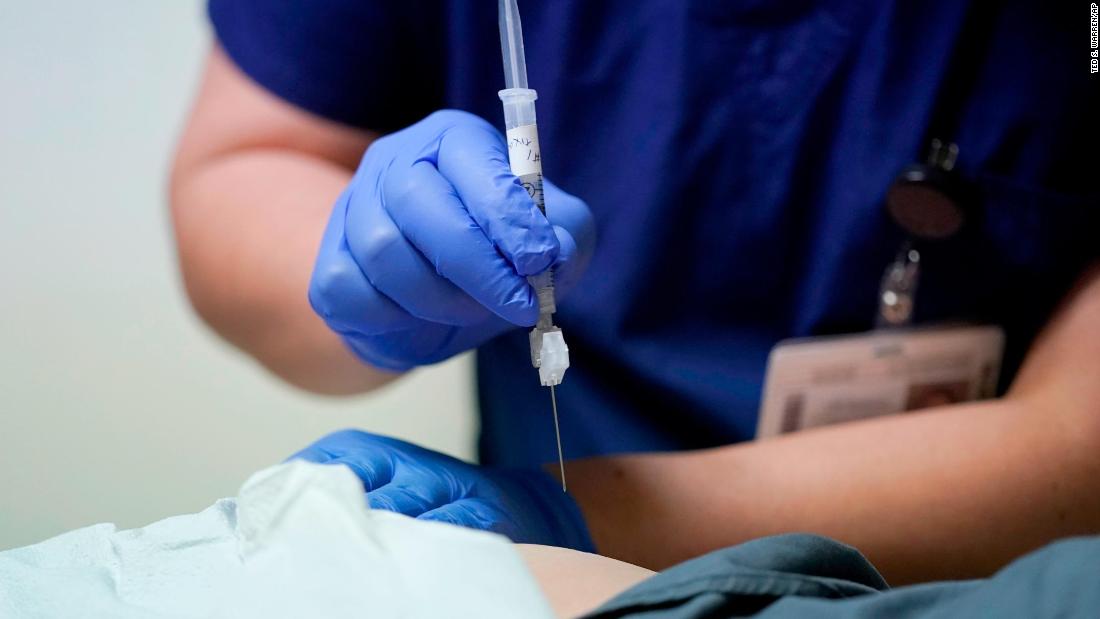 Doctors and hospitals are charging fees to give Evusheld, the only drug that works to prevent Covid-19 for many immune-compromised people, even though the government is distributing the drug for free.

Evusheld, a monoclonal antibody, is the only Covid prevention option for many people with weak immune systems, as vaccines failed to give them antibodies.

“It’s completely unjust to have a public health policy that requires the most vulnerable to Covid to pay their own way for protective treatment,” said Art Caplan, director of medical ethics at NYU’s Grossman School of Medicine. “It makes no ethical sense.”

In a recording since removed from a federal government website, a health official said in February that officials were aware patients were being charged large sums for monoclonal antibodies and that this violated the government’s goal to have equitable access to Covid-19 drugs.

But officials have offered no plan, at least not publicly, to fix the situation, leaving some immune-compromised people hit with sticker shock when they go to the doctor to get Evusheld.

A patient in Fort Myers, Florida, said she already spends hundreds of dollars a month on prescription drugs for her rare muscle condition, and can’t afford the $520 she was told it would cost her to get Evusheld, even with her health insurance. She never got the drug.

She said she will “just wait and hope I don’t get Covid and die.”

“To be hit by that bill was just like a smack in the face,” she added. “It’s here, but we’re going to charge you what we want. And there’s nothing you can do about it.”

A woman in Mission Viejo, California, said she paid $1,100 to get Evusheld, on top of what her insurance paid.

“I called it opportunistic billing,” said the patient, who is immune-suppressed because of medicine she takes to treat a rare kidney condition. “I’m thankful that my family can afford [it]. But my thoughts went instantly to – there’s a lot of families who couldn’t do this.”

A kidney transplant patient in Charlottesville, Virginia, said she was charged more than $400 to get Evusheld, and that was on top of the nearly $2,000 her insurance paid. The drug requires a doctor’s prescription and like the vaccine is given in two shots, although for Evusheld both are given in one appointment.

“It’s a real slap in the face to be told, ‘Oh, we have protection for you, but you better cough it up or else you don’t get it at all,” she said.

Several of the patients interviewed for this story requested anonymity for fear their doctors might retaliate against them for speaking publicly about their ordeals.

The US Department of Health and Human Services distributes Evusheld.

“COVID-19 therapeutics are provided at no cost to patients, however, patients may be charged an administration fee for monoclonal antibody treatments, including Evusheld, based on their insurance status or type,” according to an emailed statement from HHS spokesperson Jorge Silva.

Another HHS spokesperson, who asked not to be named, had a suggestion for patients being charged high fees — they said “providers charging exorbitant fees during a Public Health Emergency should be reported to their state medical board” and health department.

The spokesperson did not explain why they wanted to be anonymous.

‘In violation of our planning priorities’

Government health officials have been aware for months that some patients have had to pay high prices for Evusheld.

In a Zoom call in February with state public health agencies, a federal health official said officials had received reports of places “charging several thousand dollars” for antibody drugs, according to Endpoints, a news outlet covering the biopharmaceutical industry.

“Obviously, this would be in violation of our planning priorities,” said Dr. Derek Eisnor, a medical officer at HHS, according to Endpoints, “which again is to maintain equitable access of all procured therapeutics for all Americans, regardless of their ability to pay.”

Endpoints obtained a recording of the call from the HHS website. Sometime after the publication of their article, HHS removed that recording. When CNN inquired, HHS spokespersons did not deny Eisnor’s quotes and declined to supply a transcript or audio of the meeting or explain why the Zoom recording had been removed.
HHS regulations forbid hospitals, clinics, or any other providers from charging patients for Covid-19 vaccinations; they can’t charge for the vaccines themselves or for administering them. But HHS regulations do allow providers to charge an administrative fee for giving Evusheld, and there is no limit on the size of that fee. Sometimes insurance will cover the fee and sometimes all or part of it gets passed on to the patient.

“They’re leaving this to the private market, which is what American health care is for most people,” said Michael Fraser, the CEO of the Association of State and Territorial Health Officials. “What Dr. Eisnor said about this violating the government’s planning priorities is right, but that doesn’t change the situation for patients who are being charged for this.”

Medicare and Medicaid patients do not have to pay a fee for Evusheld.

Dr. Dorry Segev, a transplant surgeon at NYU Langone Health and a leading researcher on the effectiveness of Covid-19 vaccines for the immune-compromised, asked whether HHS could have made the rules for Evusheld similar to the rules for vaccines.

“I wonder whether they could have required insurance companies to cover it or have Covid emergency funds cover it as they did for other treatments and vaccinations,” he said.

As it stands now, providers charge a fee to give Evusheld because they can, he noted.

“People will play within the letter of the law often in contrast to the spirit of the law,” he said.

HHS spokespersons did not respond to CNN’s inquiry about Segev’s comments.

Some patients have managed to negotiate better rates for Evusheld.

Michelle Fontenot, a kidney transplant patient in St. Charles, Illinois, said she argued with her health insurance company when they said she would have to pay $800 for Evusheld. After weeks of calls and emails, she says she ended up not having to pay anything.

“It just seems kind of unfair that if you’re immuno-competent, you can just wander into Walgreens and get your vaccines and sit there for 15 minutes and off you go,” Fontenot said, but if you’re immune compromised, “you’re charged $800 for (Evusheld) simply because your body didn’t respond to the mRNA vaccines. That just doesn’t seem right.”

Fontenot is a former insurance broker, and Segev noted that the system is set up to benefit patients like her who are particularly well-educated or savvy, which is in contradiction to the government’s goal of equitable access.

“This is yet another example of the disparities that have arisen during the pandemic,” he said.

The woman from Fort Myers with the rare muscle condition said she couldn’t figure out a way to avoid paying the $520 fee.

She has been essentially sequestered at home during the pandemic, and limiting her children’s activities to decrease the chance that they’ll contract Covid and pass it along to her. She and her family were elated when her doctor said she could Evusheld.

“We told them there’s a new medicine that can help protect me [and] they were so excited, they actually cheered,” she said. “They got up and danced around.”

“I can’t even put into words how frustrating it is — it’s beyond frustrating,” she said. “It’s infuriating. It makes me angry to know that it’s there and it’s just out of reach.”

Should you wear a mask? Advice for navigating a mask-optional Canada

Signs and symptoms of stroke: Everything you need to know