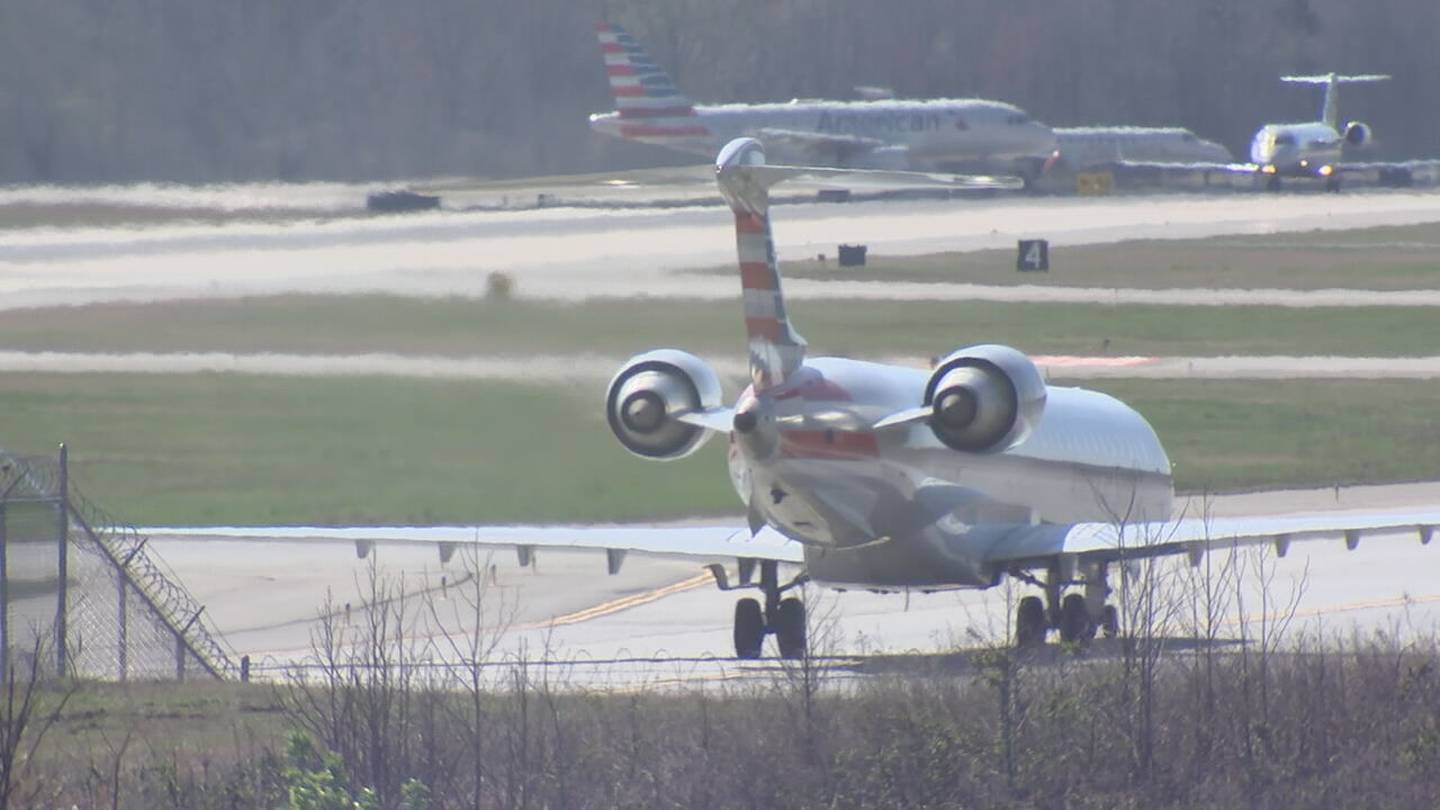 
CHARLOTTE — American Airlines passengers said they were stuck at the gate or on the tarmac at Charlotte Douglas International Airport for nearly six hours Sunday afternoon.

Passengers said there was no air conditioning on the plane.

This happened after a flight heading to New York was delayed because of maintenance issues and weather.

One family had spent $300 on tickets to the Mets game, but because of the delays, they didn’t make it. Another man missed the second half of his trip.

One passenger who was on the flight is a reporter with our partner, The Charlotte Observer. She said this was another example of the travel nightmare going on across the country.

She said a lot of these passengers were emotional.

Contino said the flight to JFK was scheduled to take off around 1 p.m, but she said passengers sat on the plane for three hours before being asked to deplane and board another one.

After that, she said they had to wait out a two-hour storm before finally departing Charlotte Douglas — a total of six hours later.

Contino said at one point, people on the plane were trying to console one emotional passenger.

“People were very angry. And just like lots of audible groans,” Contino said. “Like, anytime the pilot made an announcement, ‘Oh, there’s another delay.’ Like, people were just talking over them.”

A representative from American Airlines blamed a mechanical issue and bad weather for the delay, and they said passengers were allowed off the plane while it was at the gate.

But Contino said those who decided to stay in their seats expected better service.

“We only got water service at one point very early on. A lot of people hadn’t had lunch because of the time of the flight,” she said. “There was no food offered except for little cookies.”

She said she learned a lesson from this experience and has advice to share with others.

She said to keep medications, snacks and a change of clothes in your carry-on.

Contino told Channel 9 she filed an official complaint with American Airlines and said they sent her a $125 credit.

She said her flight cost more than the credit she received, but she is luckier than the passengers who missed out on major events.

Contino said she is relieved to be sharing her story from New York, safe and sound.

“When the plane landed, people erupted in applause,” Contino said. “And they were like, ‘We never thought we’d make it to this point.’”

(WATCH BELOW: Summer travel advice for traveling from Charlotte Douglas or anywhere else)

Summer travel advice for traveling from Charlotte Douglas or anywhere else

Alberta gay men heading out of province to get monkeypox vaccine