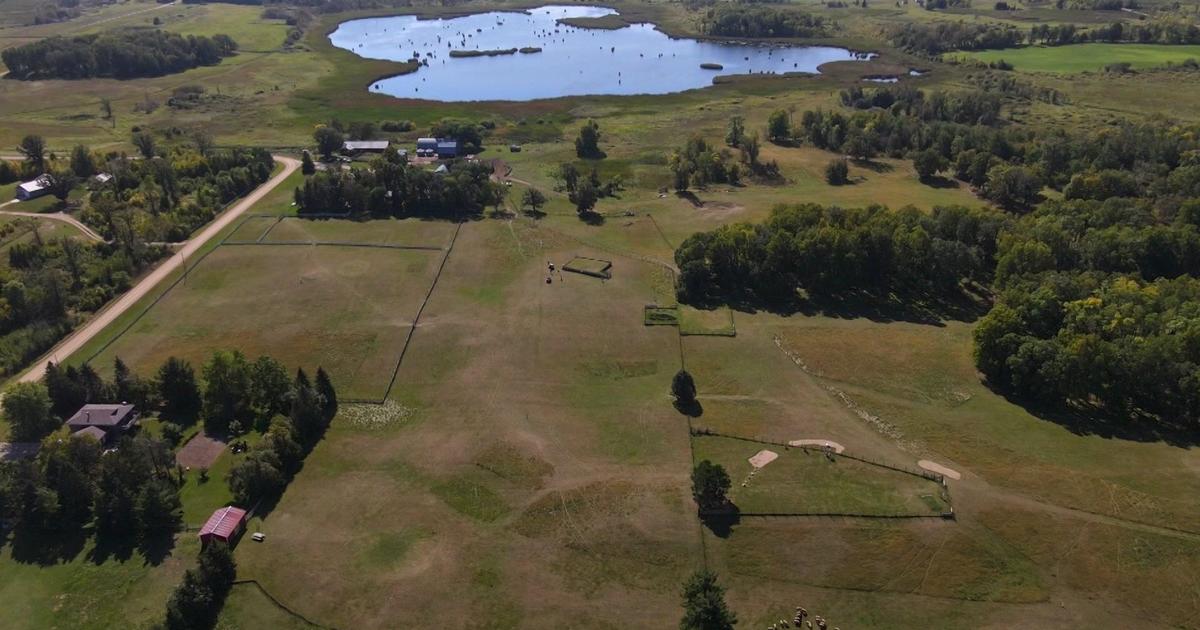 In this week’s Finding Minnesota, John Lauritsen shows us why Balhepburn is anything but par for the course.

“It means ‘House of Hepburn,’ and it’s a farm in Scotland,” said Howard Legried.

It’s also a farm in Otter Tail County – one known more for driving a golf ball than driving a tractor.

Golfer Bert Nelson says there is no easy hole at this golf course, and no gimmes either. About 30 years ago Howard, a former tennis player and veterinarian, came up with the idea for a nine-hole golf course on his farm. He wanted his daughter to have a place to play.

He also has “raised putting greens” along with fences and gates. Spend a few minutes on the course and you’ll see why.

At Balhepburn, the sheep roam freely. They’re not just livestock, they’re natural groundskeepers who keep the grass in working order. It’s up to the golfers to play around them.

Golfer Latham Hetland said he has hit several sheep before at Balhapbern. But how exactly do you play off that?

“Play it where it lies,” Latham said.

It doesn’t happen very often and no sheep have ever been hurt. But it does make for some interesting interactions.

“I have had sheep kick balls closer to the green before, and that’s really helpful,” said Latham.

The flock also creates other hazards.

“The sheep like to lay on high hills and leave a lot of droppings there,” said Howard.

Do they ever. Just more “obstacles” to play around.

Each hole has a unique name, like Rocky Top, The Gauntlet and Easy Does It.

Driving can be challenging. Putting is another story. For first-timers, the greens are hard to read because the ground is technically grazing land.

There are other oddities here.

It’s all part of what makes Balhepburn a tradition, and a farm, unlike any other.

“It’s one of the greatest parts of living around here for sure,” said Latham.

Just as long as the sheep don’t get out.

Howard will let anyone golf here for free. His only request is that you lock the gate when you leave.

At 89 years old, he said he still golfs the course year-round, even in the winter. Golf is free, you just have to sign in when you arrive. League play is just $20 for the summer.

John Lauritsen is an Emmy award-winning reporter from Montevideo, Minn. He joined WCCO-TV in late-July of 2007. Two days after he started, the Interstate 35W bridge collapsed.

US suicide rates rose in 2021, reversing two years of decline