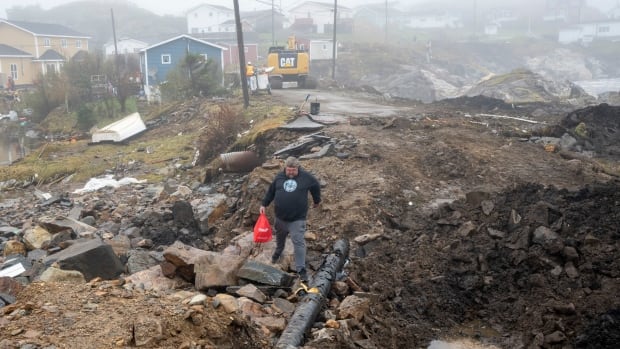 Parliament’s climate debate is stuck in the past


Evidence of the cost of climate change is scattered across Atlantic Canada: downed trees, eroded shorelines and bits and pieces of what used to be houses and wharves.

A report released on Wednesday by the Canadian Climate Institute put the full extent of the problem into cold, hard numbers — reduced GDP, lost jobs, lower income and higher costs for households.

But this new report wasn’t the subject of a single question in question period on Wednesday afternoon. While concerns about the cost of living have dominated QP debate since the House of Commons reconvened this month, the massive costs associated with climate change are being left for another day.

Parliament’s debate about climate policy seems stuck in the past. And that is sparing the Liberal government the burden of answering big questions about whether Canada is prepared for what’s coming.

If Wednesday’s report had been issued by a major bank, or if the Official Opposition had a credible leg to stand on when it comes to climate policy, the report’s findings might have landed on the floor of the House with an audible crash.

In fairness, concerns about federal adaptation efforts did factor into Monday night’s emergency debate on Hurricane Fiona. But new concerns about GDP, employment and household costs are typically treated with more urgency.

The Conservatives remain far more concerned with the cost of acting to mitigate climate change. On Tuesday, they brought forward a motion that called on the federal government to freeze the federal carbon tax at its current price of $50 per tonne of emissions. Pierre Poilievre already has vowed that he will eliminate the carbon price entirely if he forms a government.

Climate change and the cost of living go together

Given the current rate of inflation, it’s not hard to understand why some politicians might try to focus their criticism on anything that imposes an additional cost on consumers (even if, in this case, the revenue from the levy is rebated and most households receive more than they pay directly).

But given the current state of places like Port aux Basques, the logic of curtailing climate action is not obvious.

The Conservatives try to get around this logic problem by claiming — without substantial evidence — that the price on carbon isn’t leading to lower emissions. They also insist there are easier ways to reduce emissions. On Tuesday, Poilievre said Conservatives would invest in “technology,” such as small nuclear reactors and carbon capture.

But the Conservatives don’t currently have an actual plan that outlines exactly what they would do, how that would differ from what the federal government is already doing, and how it would add up to significant emissions reductions.

Poilievre’s predecessor, Erin O’Toole, at least came up with a plan to achieve a 30 per cent reduction in emissions by 2030. That made O’Toole the first Conservative leader to provide a climate plan with that level of detail. His reward was to be unceremoniously dumped by his caucus this past spring.

As a result, the Official Opposition is back to square one — with a list of policies it opposes and no real answers to questions about what they’d do differently.

Liberals can’t afford to be too casual about the Conservative side’s complaints — governments and climate activists need to have answers for the costs and disruptions that can result from action to reduce emissions.

But Tuesday’s report from the Climate Institute is a reminder that there is no real choice between dealing with the cost of living and dealing with the challenge of climate change. Ultimately, they’re the same issue.

The urgent need to adapt

The upshot of the report is that, while some climate-related costs are now unavoidable, overall costs can be significantly reduced by lowering global emissions and adapting to deal with the consequences of climate change. And while the importance of mitigating global warming is now mostly understood, the report’s authors point out that every dollar invested in adaptation could save as much as $13 to $15 in future costs.

The Liberal government has not completely ignored the question of adaptation — it committed $2 billion to a “disaster mitigation and adaptation fund” and a new national adaptation strategy is supposed to be released by the end of this year. But the federal government — and other levels of government — are a long way from being able to say they’re taking real action.

“Despite the clear benefits, Canada is behind on adaptation and governments need to urgently scale up adaptation policy and investment to match the scale of our climate risk, starting with the forthcoming National Adaptation Strategy,” the Institute says in its report.

The report calls on governments and the private sector to accelerate their efforts to account for the financial and investment risks posed by climate change (the federal government has so far committed to mandating climate-risk disclosure for financial institutions by 2024).

Governments should also build climate costs into their own planning and invest in research to better understand what’s coming, the Institute says.

To those proposals, you could add nagging questions about whether the Canadian Forces are capable of shouldering the increased load of responding to natural disasters in this country.

In Fiona’s wake and in advance of a new national strategy, this should be rich material for the opposition. Will that adaptation strategy include tangible new measures and funding? Will Canadian communities be better prepared for the hurricanes to come?

Instead, the House is gripped with the same carbon tax debate it has been having for nearly 15 years.

With Canadians focused on the immediate concerns of inflation and the cost of living, Conservatives probably think they’ve got the Liberals right where they want them. But it’s possible they’re really just letting them off easy.