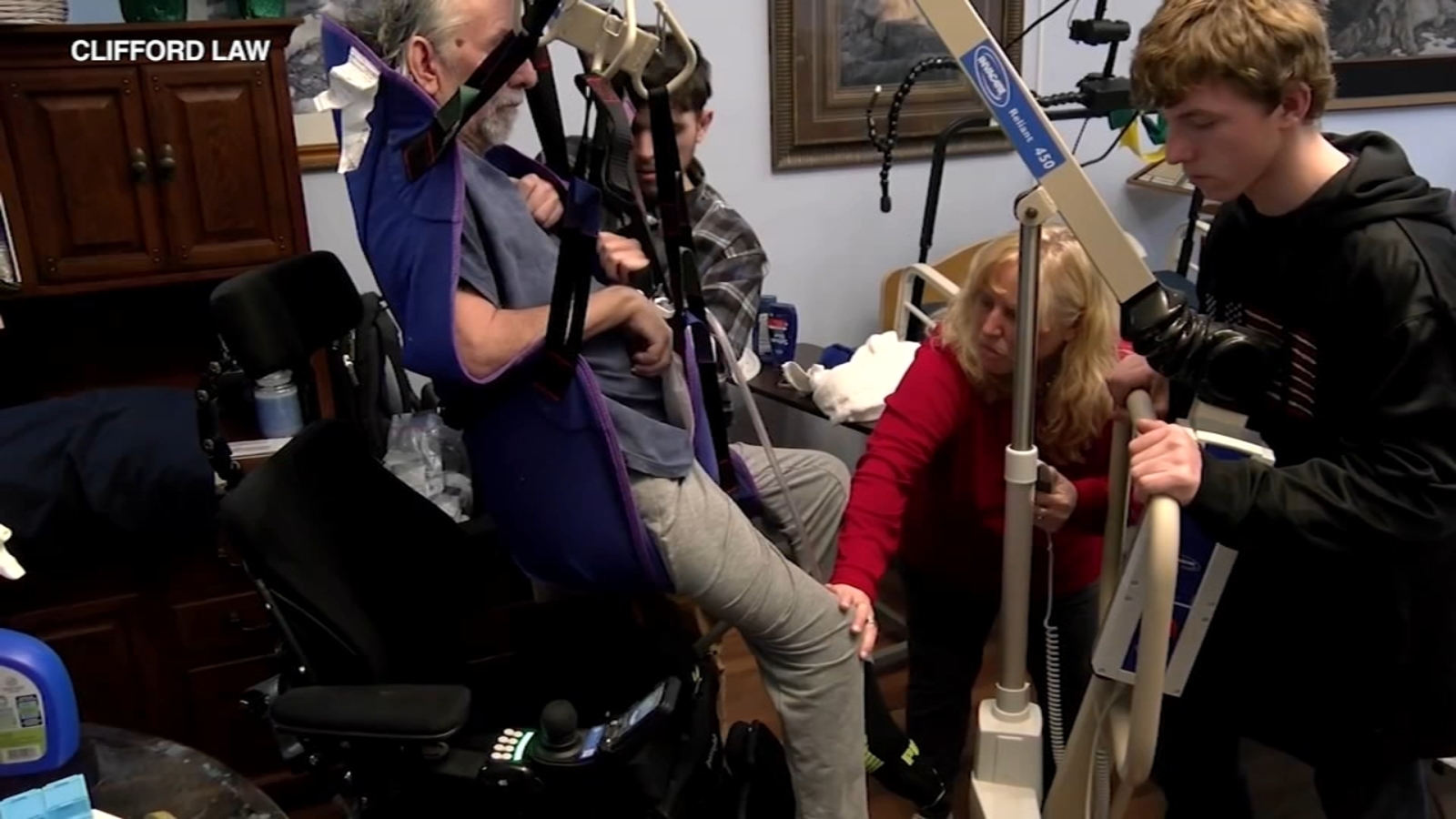 PALOS PARK, Ill. (WLS) — A Palos Park man is suing iFly, an indoor skydiving company, after an accident at their Rosemont wind tunnel left him a quadriplegic.

iFly operates 41 locations around the country, including three in Illinois. While most people who choose to experience the adrenaline rush of indoor skydiving do so without injury, that was not David Schilling’s experience, and his life will never be the same.

The 63-year-old is now a quadriplegic, living with his wife and two sons in Palos Park. He cannot perform even the simplest activities for himself. On January 21, 2021, what should have been a fun outing at iFly’s indoor wind tunnel in Rosemont turned tragic.

“Mr. Schilling hit at a 45 degree angle to, into the glass wall, and he sustained a catastrophic spinal cord injury that rendered him a quadriplegic,” said Jack Casciato, partner at Clifford Law Offices and attorney representing the Schilling family.

Casciato said the accident could have been prevented.

“It was very clear that he was in distress. He was out of control. He’s not maintaining altitude. He’s drifting. He’s spinning. He’s falling down to the net,” he said.

In a lawsuit filed against iFly, Schilling’s attorneys allege, among other things, that the defendants knew the instructors assigned to Schilling “were not properly certified or trained,” knew that “the wind tunnel speed was too powerful for Plaintiff, David Schilling, to handle,” and “acted with an utter indifference and conscious disregard for safety of Plaintiff.”

“This doesn’t happen within a second. David is in the wind tunnel for some time. Another participant he’s in there with him is trying to help him. But that responsibility doesn’t go to another paying customer,” Casciato said.

iFly is the country’s largest operator of indoor skydiving wind tunnels, and operates locations around the country. Their marketing caters the increasingly popular activity as safe for all ages, showing instructors assigned to each participant, who in many cases are inside the wind tunnel itself during the flight session.

Those who partake, however, must sign a waiver that clearly states, “iFLY Activities are inherently dangerous activities and among the risks participants will be exposed to are the risks of serious bodily injury and death;” and that “participants agree never to sue regardless of cause, including the alleged negligence of the Company.”

Schillings attorneys said the defense has already tried and failed to get the lawsuit dismissed using that argument.

A spokesman for iFly said in a statement, “In iFLY’s 20 plus years of operation, over 15 million customers have safely flown with iFLY across all locations, and the company will continue to make the safety of all of its customers its highest priority. iFLY has great empathy for Mr. Schilling and his family. At the time, Mr. Schilling was a very experienced, licensed skydiver with the United States Parachute Association with over 80 jumps who was receiving instruction in the iFLY wind tunnel from another experienced skydiver from Skydive Chicago at their private event for experienced skydivers.”

While the lawsuit was filed in 2021, an amended complaint was filed Tuesday to add what Schilling’s attorneys say is fraudulent marketing. The case is scheduled to go to trial in October 2023.

Electric vehicles: Is it worth getting an EV in Australia?