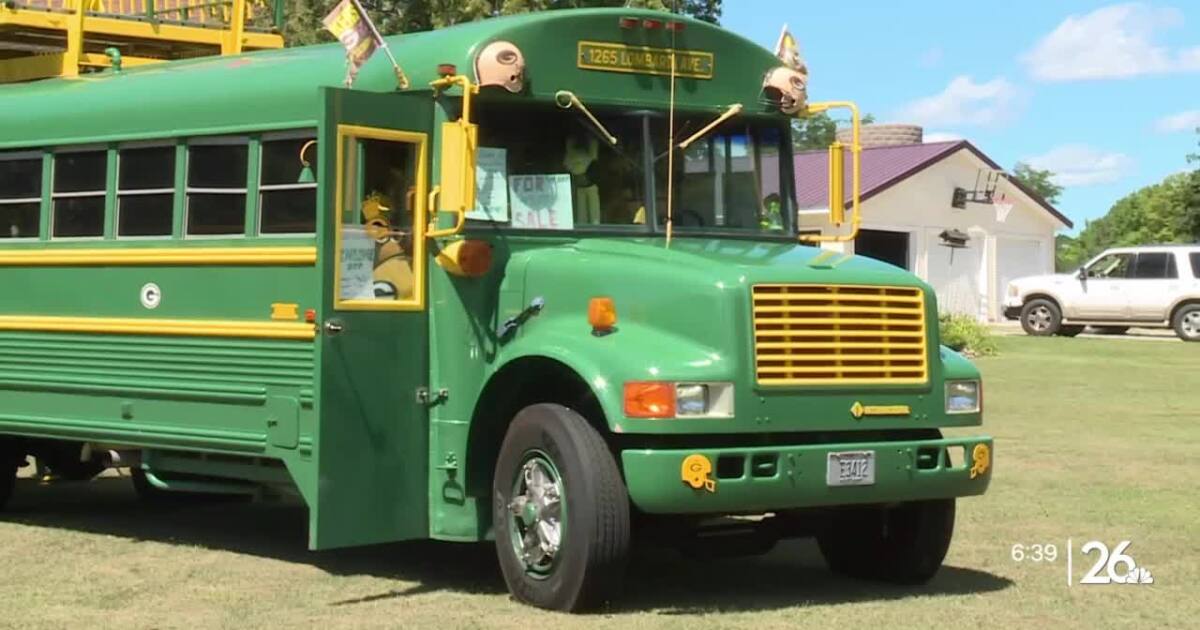 
Wearing a suit and crown to Packers games, Jason Mercier goes by the nickname the “King of the North.”

“I can remember [being] 2 or 3 years old, cheering for the Packers,” said Mercier, who lives in Michigan’s Menominee County in the Upper Peninsula (U.P.)

“It’s a 1990 bus, purchased it from a brother, brother-in-law duo down in Green Bay last year, they had used it for tailgates for about 25 years,” Mercier said.

“…[A]ll the bells and whistles” of a man cave, Mercier said.

“Mine just happens to be mobile.”

Asked why he is selling the bus, Mercier said one reason is family; he’s focused on college money for his high school son.

“…I’m trying to eliminate some of my expenses and overhead,” Mercier said.

Mercier said he ran designated driver trips with the bus after he bought it last year, taking fans from the U.P. to Green Bay for Packers games.

“I filled up all last year,” Mercier said.

“I also do weddings and bachelor parties and things like that.”

Mercier hopes to travel to England this year for the Packers game in London, and said the trip is more likely for him if he sells the bus; he might take his son, too.

“If I have some [money] left over, I definitely want to take my son and I to that game,” Mercier said.

Snoopy, mannequins and Apollo 11 items will swing by the moon aboard Artemis I