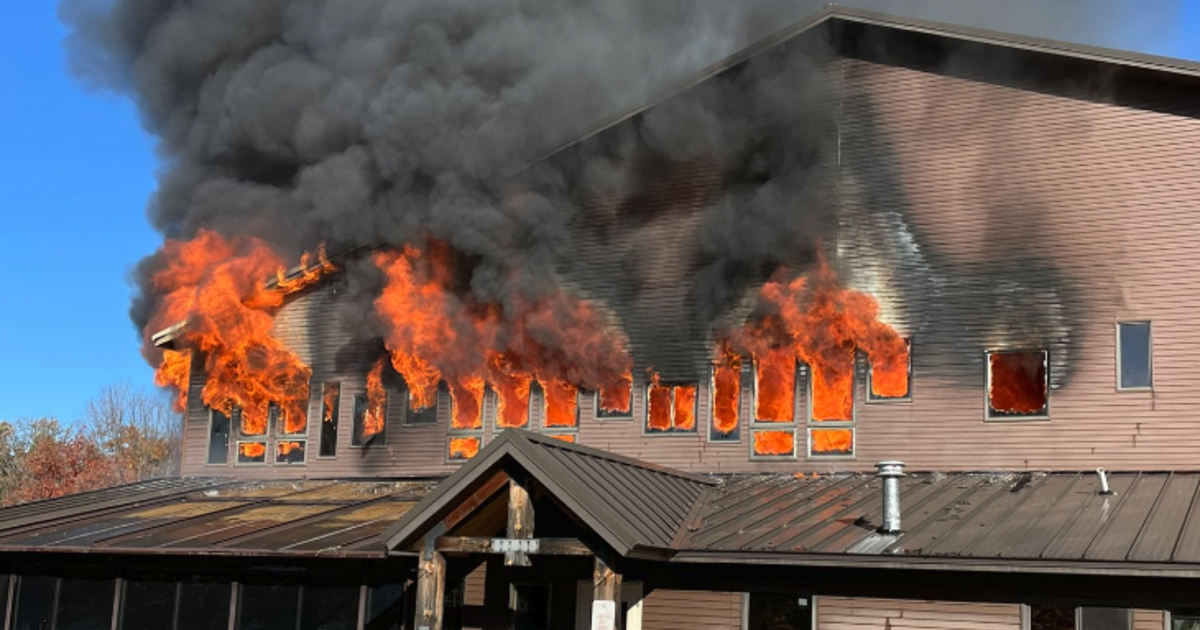 
DETROIT LAKES, Minn. — A community is feeling a sense of loss today after a fire destroyed a popular resort. On Tuesday, firefighters were still working to put out hot spots following Monday’s fire.

Fifty years since it opened, Maplelag Resort near Detroit Lakes is gone. The family who owns the popular vacation spot says it’s hard to say right now whether they’ll rebuild.

Jim Ziegler’s family skied at Maplelag for years and his son even worked there. He speaks for many in the community in calling this a tremendous loss.

“It’s just a tragedy what’s happened to them. Twice. Especially with the work they put in rebuilding that place and making it unique,” Ziegler said. “My wife called me when she heard. She was just about crying.”

The owners say the fire may have started in the laundry room. It was still burning Tuesday, more than a day after the resort first went up, after winds kicked up and reignited it.

One of the first things fire crews did when they arrived this morning was spray down the trees with water, a priority with the flames so close.

“We noticed some trees catching on fire, so our concern was obviously more buildings. We don’t need any more damage than what’s already here,” Becker County Sheriff Todd Glander said.

Many people we talked to hope Maplelag will be rebuilt, a testament to the memories that have been made here for years for people from northern Minnesota to the Twin Cities.

Maplelog rebuilt years ago following a fire in 1999.

Fire crews from 11 departments helped to put out this fire. No one was hurt.

David joined the WCCO team in April 2020, previously working at CBS 58 in Milwaukee. Prior to that, he worked in Las Vegas. While there, David covered several stories in the national spotlight, including the October 1 mass shooting and political visits from President Barack Obama and candidates Donald Trump and Hillary Clinton.