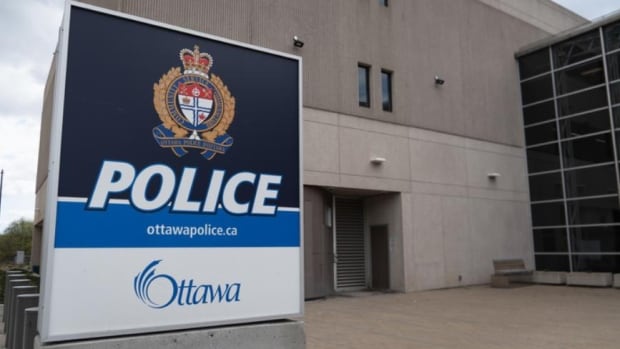 
An Ottawa police officer who twice donated money to the Freedom Convoy — including the day after the police chief declared the occupation of city streets unlawful — has pleaded guilty to misconduct.

Const. Kristina Neilson pleaded guilty Thursday morning to a single count of discreditable conduct under the Police Services Act for donating money to the convoy on Feb. 5.

To date, she is the only Ottawa police officer who has faced any formal prosecution for involvement in the convoy or its occupation.

According to the agreed statement facts of the case, read into the record by prosecutor Angela Stewart, Neilson first donated to the convoy on Jan. 23, which was the day after “hundreds of vehicles formed convoys and travelled across Canada to converge in Ottawa at Parliament Hill.”

Those vehicles were “joined by thousands of pedestrian protesters,” who created a “complete blockage of the area surrounding Parliament Hill in downtown Ottawa.”

Neilson donated $55 on GoFundMe, which was one of several online fundraising platforms that organizers of the convoy used to “raise money to start and continue the occupation.”

On Feb. 4, GoFundMe “flagged the Freedom Convoy as an occupation,” Stewart said, and the platform deemed fundraising for such an occupation was in violation of its terms of service. It froze or refunded all the money.

In response, other Freedom Convoy fundraisers popped up, including one on GiveSendGo.

Const. Neilson turned right around and re-donated the money to another fundraising platform as soon as she got a refund.– Angela Stewart, Prosecutor

GoFundMe refunded Neilson’s first donation on Feb. 5. But that same day, she donated another $55 to the GiveSendGo fundraiser, Stewart told the hearing. That donation, too, was ultimately refunded by the second fundraising platform on March 25.

“Between Feb.18 and Feb. 20, a large-scale joint operation involving municipal and provincial police services from across Canada, as well as the Royal Canadian Mounted Police, arrested organizers and protesters, removed parked vehicles, and dismantled blockades from Ottawa streets,” Stewart told the hearing. “By Feb. 21, most of the protesters and vehicles had been cleared at substantial cost to taxpayers.”

The force’s misconduct unit was alerted to Neilson’s donation, Stewart said, and began their own probe.

Neilson herself admitted to making both donations during her interview with investigators.

“The Freedom Convoy wreaked havoc on the city of Ottawa for weeks and weeks in 2022 … both the convoy and law enforcement’s approach received a high degree of local, national and even international media coverage,” Stewart told the hearing.

“The Ottawa Police Service and all levels of government ultimately deemed this convoy to be an illegal occupation. The effect of fundraising was to prolong it. It was very, very costly for taxpayers to pay for the clearing of these vehicles and the protesters.”

The public expects police officers to “uphold the law and not make donations to an unlawful protest,” Stewart said.

“Instead of drawing the obvious conclusion that making a donation to the convoy might be problematic,” Stewart said, “Const. Neilson turned right around and re-donated the money to another fundraising platform as soon as she got a refund. And the second donation was made the day after the chief of police had declared the convoy to be an illegal occupation.”

Neilson was hired by the Ottawa Police Service in 2012. Before that, she spent 12 years in the navy, Ottawa Police Association labour representative Pat Laflamme told the hearing.

She achieved the rank of master seaman and was deployed on three operational tours — one in Afghanistan, two in the Persian Gulf, he said.

“During her time with the navy, she specialized in small arms weapons, demolition and drill.”

Laflamme highlighted her three medals and that she is a volunteer with a charity organization who has received internal and external commendations for her conduct as an officer.

She is a central division patrol officer “who is respected by members of her platoon, as well as her leadership team,” Laflamme said.

In a joint submission on penalty, both the defence and prosecution are asking for the officer to forfeit 40 hours of pay and to participate in a restorative justice component. That component, if carried out as intended, would see members of the Ottawa community meet with the officer and explain how her actions by donating to the occupation affected them and the services they provide.

“It’s a novel situation but it’s one that calls for serious condemnation of the conduct,” Stewart said.

The prosecutor highlighted relevant cases of officers facing discipline for making “bad judgment calls while off duty” but called the facts of this case “unprecedented.”

Neilson has no previous record of police misconduct. She told the hearing she had “nothing at this time,” to say.

A written decision will be released in the case on an undetermined date.