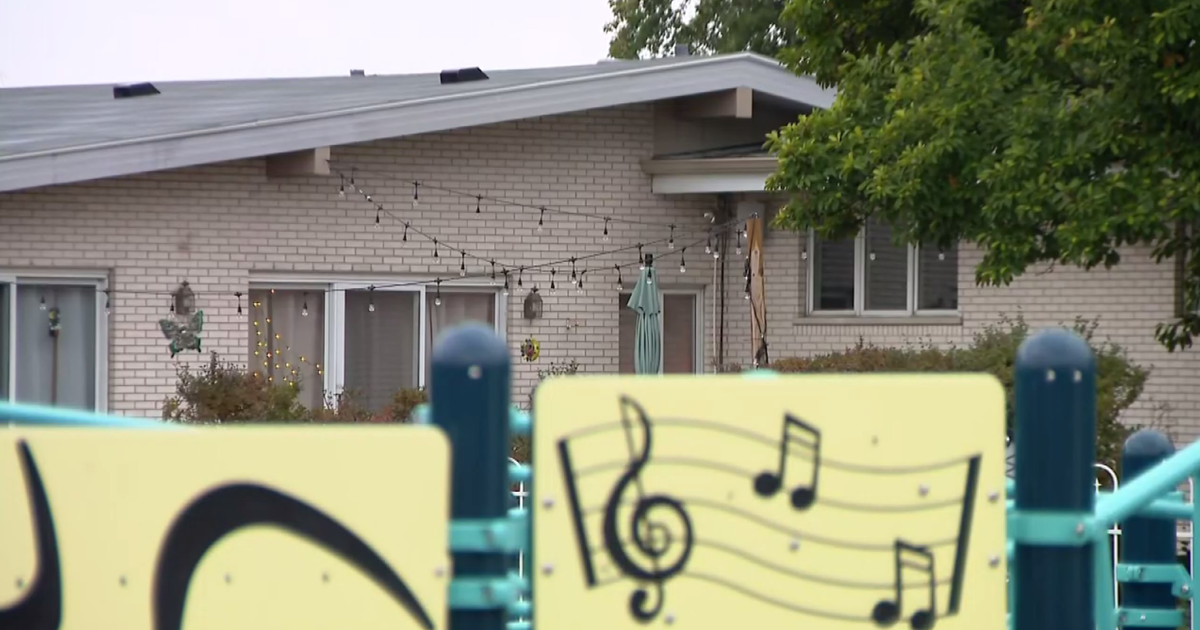 
ORLAND PARK, Ill. (CBS) — When a southwest suburban school decided to expand an elementary playground, they added some noisemaking musical instruments for the kids to play.

Some neighbors couldn’t stand the constant noise, so they took matters into their own hands. But as CBS 2’s Jermont Terry reported Tuesday night, parents in Orland Park say the homeowner crossed the line – blaring explicit music that prompted a visit from police.

The updated playground sits behind Prairie Elementary School in Orland Park. When the new digs popped up, kids loved it – but the same could not be said for the Rayo family, whose backyard sits within feet of the playground.

“We can’t do anything,” said Laura Rayo.

“We were not able to open our windows, because the fact the instruments were constantly being played – seven days a week all day long,” said Laura Rayo.

After a year of complaining to the Orland School District 135 board, the Rayo family recently upped the volume and the lyrics – and started playing explicit music such as the song “WAP” by rapper Cardi B. This all happened while kids played.

“You know what that stands for. I won’t say those words,” said upset parent Iwona Piwowerczyk. “To me, it’s more like harassment. You know, they’re harassing the children. To me, it’s borderline like sexual harassment to us mothers being there.”

Parents complained and police were called – and it turned out that while in poor taste, the music blasting was not illegal. That in turn had more people sounding off to board members.

“I’ve had other parents tell me it’s includes sounds of pornographic sounds, and sounds of people getting murdered by scary movies,” a father said at a school board meeting Tuesday.

On Tuesday night, the board heard from other neighbors who admit the playground sounds are out of control.

“I really do feel for the Rayo family,” a parent said. “We go for our walks, and we hear it – the kids just beating away and everything else – and it’s like, ‘Okay.”

CBS 2’s Terry asked Rueben Rayo why he and his wife are blaring vulgar music in front of the children.

He replied, “because we had to get the board’s attention.”

Orland Park police investigated the complaints and convinced the school temporarily to remove the playground instruments. Yet, the board is not ready to put them away for good – and the Rayos say if the instruments return, so will their music.

Terry: “Do you think there was a mistake made by playing the vulgar music in front of children?”

The family says it will no longer blast the vulgar music, but they said they will blast loud music again if the playground instruments come back.

There was no decision on the school board on the matter, but members said they will move forward based on kids’ safety.

The neighbors say they don’t want those loud playground instruments in anyone’s neighborhood.