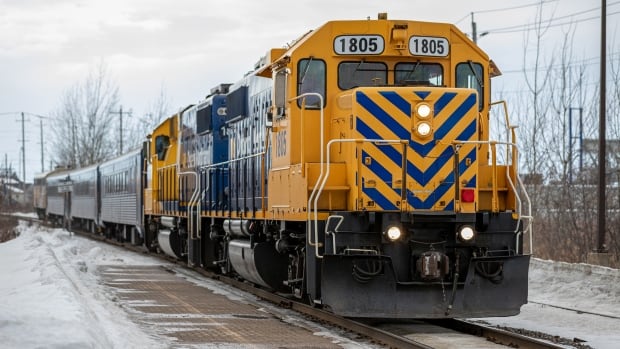 The Northlander train service, which operated from Toronto to Cochrane and northeast of Timmins, was cancelled by the Liberal government in 2012. The decision was met with criticism by local politicians including Timmins-James Bay MPP Gilles Bisson and Timiskaming-Cochrane MPP John Vanthof.

Riders also advocated the service was essential to accessing urban centres for things like shopping and medical appointments.

“The previous government chose to cancel this rail service, cutting people and economies in Northeastern Ontario off from the rest of the province,” said Premier Doug Ford, in a media release.

“At a time when our government is building up home-grown supply chains that connect resources, industries and workers in the north with the future of clean steel, electric vehicles and batteries, we’re restoring this vital transportation link,” he said.

Last fall, the government announced its decision to make Timmins, Ont., the route’s terminus station. The move didn’t sit well with some constituents and municipal leadership.

Now, the government said it has updated its initial plan and is aiming to conduct future feasibility work for a possible route which would include a new rail connection to Cochrane, Ont.

The government said it estimates the possible route could reach an additional 5,300 riders and would offer a connection to the Polar Bear Express service to Moosonee.

“We’ve been lobbying the government, ever since the announcement that the passenger rail service would come out of Timmins,” he said, “Cochrane already has a terminal, we already have the tracks.”

“The folks from Moosonee come right from Moosonee to Cochrane and it would certainly make their lives much simpler,” Clement said.

It means getting where you need to go, whether it’s for business or economic development, to keep people connected, to keep hospital connections.— Lucille Frith, co-chair of the Northeastern Ontario Rail Network

Lucille Frith is the co-chair of the Northeastern Ontario Rail Network, a local advocacy group. She said that the announcement is welcome news, especially considering the promise to reinstate the service was initially made by Ford on the campaign trail in 2018.

“It means getting where you need to go, whether it’s for business or economic development, to keep people connected, to keep hospital connections,” she said, “The reality is the railroad operates 365 days of the year, where the highways don’t.”

Frith said while it does cost more to support transit in remote locations like northeastern Ontario, she said that the demand is strong. She said cancelling the service in 2012 was a mistake that is now being corrected.

“The people of northern Ontario need the same connections with the rest of Canada, it’s not just southern Ontario,” Frith said.

“Economic growth will happen now because people will move north to do their business work because they can keep their connection with the southern Ontario family, the students will go to northern universities now because they can hop on a train instead of a 24-hour bus connection route to get back home for the weekend,” she said.

The province said it continues to eye an in-service date in the mid-2020s. They said the the service will be offered on seasonal travel demands and will range from four and seven days a week between northern Ontario and Toronto.