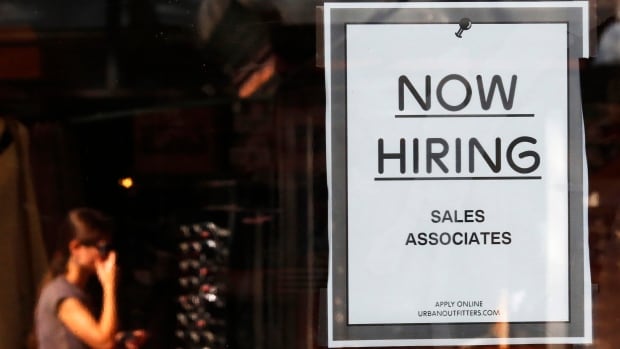 Labour experts call the continuing trend worrisome and say the federal government needs to ramp up its immigration efforts to bring workers from abroad.

Rocco Rossi, president and CEO of the Ontario Chamber of Commerce, says more than 60 per cent of the organization’s members across all labour sectors are “experiencing difficulty in filling positions.

“It spans the gamut from health care, nursing and other areas to construction to the tourism sector, hospitality to the financial services sector, so it is not unique to one sector,” Rossi said.

Rossi says the growing number of people retiring coupled with a decline in immigration during the COVID-19 pandemic, have contributed to the growing labour shortage in the province.

“It really starts with making sure that the federal government puts the necessary resources behind dealing with the enormous backlog on the immigration front,” he said.

“There are waiting lists of over 30 months now of all kinds of very talented people who could be filling positions today.”

Michelle Wasylyshen, spokesperson for the Retail Council of Canada, says labour shortages are an ongoing challenge.

“With some of the busiest shopping months upon us retailers are particularly concerned with this issue,” said Wasylyshen, pointing to Black Friday, Cyber Monday and the Christmas season.

Upper Canada Mall in Newmarket, Ont, is holding a job fair this weekend in an effort to fill about 220 positions — more than double the number of openings in its last fair in March.

Christine Seidman, the mall’s marketing manager, says the job fair is the largest hiring event the mall has held. More than 40 retailers are expected to try to recruit employees for what is expected to be one of the mall’s “busiest shopping holidays,” she said.

“Our retailers are telling us that they’re finding it more and more challenging to fill positions,” Seidman told CBC Toronto.

Meantime in Mississauga, west of Toronto, Square One also held a job fair Thursday seeking 250 workers for part-time, full-time and seasonal positions at the largest shopping mall in all of Ontario.

Other sectors in Ontario are also feeling the pressure, including the construction industry

“We’re predicting that it will get worse,” said Chris Campbell, director of equity, diversity and inclusion at the Carpenters’ District Council of Ontario.

“We need to do more to get folks from [marginalized] neighbourhoods and newcomers, and encourage them to get into the industry.”

Joseph Carnivale, president of the Insurance Brokers Association of Ontario, says his industry has been seeing a shortfall of recruits for roughly three years now.

“We represent 15,000 members and it was clear to us that they all needed more staff people to hire to help service the clients we currently have,” Carnivale said.

On Monday, the Ontario government announced it is investing $90 million to help upgrade the skills of people with prior involvement in the criminal justice system, at-risk youth, people with disabilities, Indigenous peoples and Ukrainian newcomers.

Minister of Labour Monte McNaughton says there are more than 370,000 jobs available across the province but not enough people to meet the demand.

McNaughton says the Skills Development Fund is designed to help alleviate the pressure on sectors struggling to recruit by giving a hand to those who need help in the labour market.

Pedro Barata, executive director of Future Skills Centre, welcomes the province’s announcement but is calling on more help from the government.

“Anytime that we invest in skills and education, we are investing in both, including people in the labour market now, but also ensuring that we have a successful future labour market,” Barata said.

He says hospitality, retail, construction, trades, manufacturing and and health care are among the hardest hit sectors..

“If we know that those are the areas where we are seeing the biggest crunch, it gives us an insight into where we need to put investments, both in terms of showcasing the opportunities in industries like the trades, but also providing pathways.”