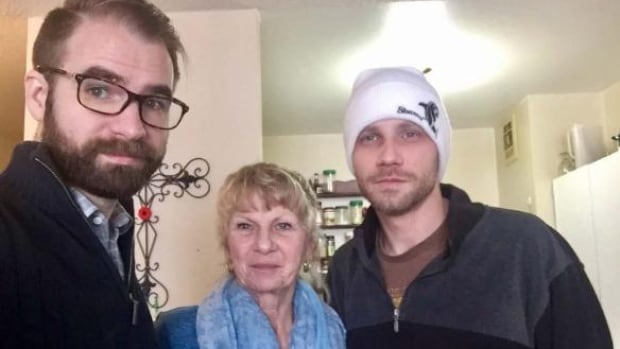 
A coroner’s jury has made nine recommendations — most of them around the care and treatment of mental health patients — after examining the circumstances surrounding the police shooting death of Matthew Mahoney of Windsor, Ont., four years ago.

The five-member jury is encouraging both Windsor Regional Hospital and the Ontario Ministry of Health to look at establishing a mental health advocate who can help patients navigate the health-care system.

Some of the other recommendations released Friday include:

Mahoney’s brother, Michael, who testified at the two-week inquest that began Sept. 12, said he’s pleased with the recommendation of adding a mental health advocate.

“We made lots of attempts to try to get in touch with doctors, but it always slipped through the cracks,” he said. “We were never able to connect with anyone and advocate for Matthew in a way that he wasn’t able to.

“We believe that things may have been different if that were the case.”

Police shot and killed Matthew on March 21, 2018, in what the jury found was a lawful homicide.

On that day, the 33-year-old sparked concern for public safety as he carried a butcher block of knives on a busy morning in downtown Windsor. Officers testified Matthew tried to avoid them and wouldn’t speak to police.

Unsure of Matthew’s intentions, one constable pulled out his Taser, and that’s when Matthew ran at police. After stabbing an officer in the hand, police fired several shots. Matthew later died in hospital of his injuries.

What officers didn’t know in those moments was Matthew had schizophrenia and was off his medication. Prior to his death, he had many interactions with the health-care system, including Windsor Regional Hospital.

His brother doesn’t blame police, saying they followed their training. Michael testified he would like to see that training change and more of a focus placed on de-escalation as well as updating Ontario’s use of force policy to better include interactions with people who have mental illness.

However, Michael testified he wants to see changes made to the health-care system, such as proper funding for mental health care and automatic followup care for people, like his brother, trying to live with mental illness. Michael would also like to see the creation of crisis teams and a “score card” to identify under-resourced mental health units “so patients don’t suffer.”

During testimony from Windsor Regional Hospital (WRH), vice-president of emergency services and mental health Jonathan Foster said those suffering severe mental illness struggle to find timely care once discharged from hospital. Sometimes they leave WRH to be put on a wait list, he said.

More funding is part of the solution, Foster added, but so is a look by community partners at how to better allocate resources and improve efficiencies.

The hospital’s mental health unit is full most of the time, and Foster noted an increase in the severity of mental illness they’re treating.

Inquests are meant to analyze the circumstances of someone’s death to prevent similar ones in the future. The process is not designed to assign blame.