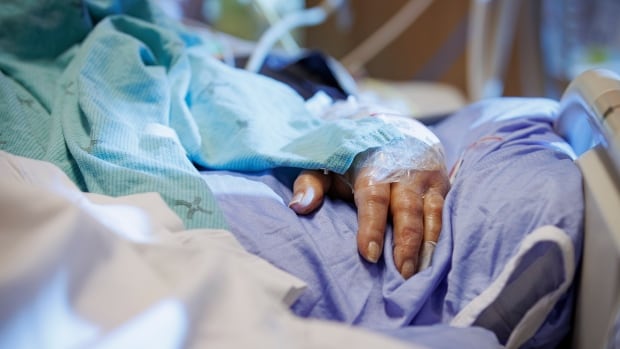 Ontario reports 109 new COVID-19 deaths, a number not seen since May


Ontario is reporting 109 new COVID-19 deaths over the past seven days — the single highest death count since early May during the sixth wave of the pandemic.

The weekly death toll comes from new data released Thursday by the province’s ministry of health, which reported 67 deaths the week before.

Not since May 6, when deaths numbered 112 for the week, has the province reported a death toll this high.

CBC News has contacted the Ministry of Health to inquire about the missing information.

The new numbers paint a stark picture of the toll of the virus. Ontario’s Chief Medical Officer of Health Dr. Kieran Moore warned last month that the risk of transmission for the novel coronavirus would increase during the colder months.

According to the data, the number of people in hospital with the virus climbed to 1,663 Thursday, from 1,629 the week before.

The number of people in intensive care with COVID-19 also rose to 158 from 143 this time last week. Of those, 65 patients require a ventilator to breathe, up from 56 the week prior.

Test positivity on Thursday dropped slightly to 16.4 per cent from 17.1 per cent last Thursday, but it’s significantly higher than the 13.3 per cent reported two weeks ago.

The positivity rate can vary depending on the number of people who test for the virus. This past January, the province moved to limit PCR testing to high-risk populations and settings only.

Experts have said reported case counts are a severe underestimate of the actual extent of COVID-19 infections in Ontario.