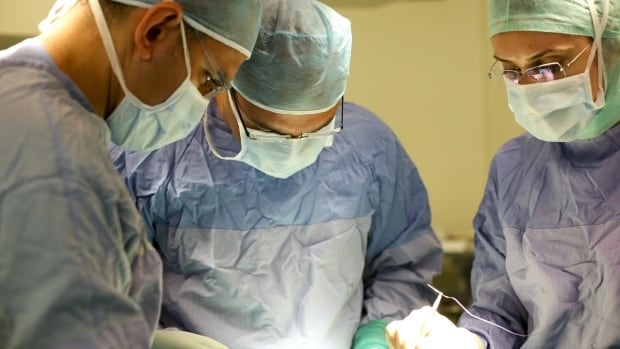 
Ontario’s nursing college can now start allowing internationally educated nurses to practise while they work toward full registration, which the government hopes will mean thousands more nurses in the health system.

Health Minister Sylvia Jones announced Thursday that the change aimed at stabilizing the health system is effective immediately, and could potentially help the 5,970 active international applicants currently living in Ontario.

“These changes will bring more health-care workers into our health system faster, helping to care for people when they need it,” Jones said in a statement.

“Our government will work with all partners to ensure Ontario’s nurses, doctors, personal support workers and other health care professionals have the resources, support and guidance they need to enter the workforce and continue delivering the care Ontarians deserve.”

The move comes as hospitals across the province have been forced to close emergency rooms for hours or days at a time in recent months due to nursing staff shortages. Emergency rooms have also reported large patient volumes and long wait times, delaying and reducing ambulance availability.

The minister had previously asked the College of Nurses of Ontario (CNO) to draft regulations to boost the numbers of nurses in the province. On Thursday, she said those changes have now been approved by the government.

Also effective immediately, the college will have more flexibility in allowing retired or non-practising nurses to return to the field.

Describing the announcement as “excellent news,” CNO’s executive director and CEO Silvie Crawford said it will help increase access to safe nursing care for Ontarians at a critical time.

“The College of Nurses of Ontario protects the public through the promotion of safe nursing practice, this includes the registration of nurses with the knowledge, skill and judgment to practice safely in Ontario,” Crawford said in a statement to CBC Toronto.

“Already in 2022 CNO has registered more nurses than ever, and these regulation changes will further support the increase of safe, qualified nurses into the health care system.”

Jones had also asked the College of Physicians and Surgeons of Ontario to propose ways to get more doctors working in the province. Effectively immediately, she says physicians licensed in other provinces and territories can get a temporary, three-month registration to work in Ontario.

She is also announcing a number of other changes that will take effect on Jan. 1, including imposing time limits on health regulatory colleges to make registration decisions and banning them from requiring Canadian work experience for registration.

What to do if your child has a respiratory infection? Our medical analyst explains