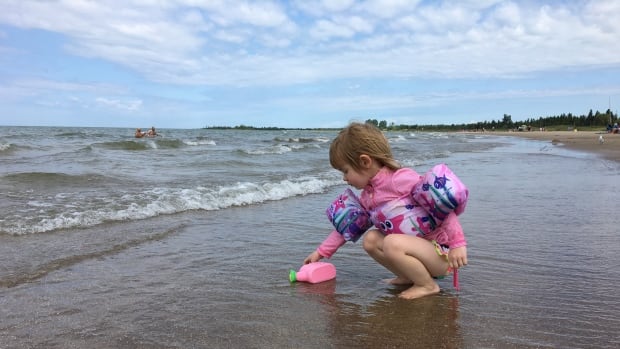 
There’s a growing movement among Ontario lakeside communities to push back against short-term rental services, such as Airbnb and VRBO, that some say are disrupting the social fabric of their close-knit rural communities to the point where it could upend their way of life.

The Municipality of Lambton Shores is the latest to look at more stringent regulations for the beach communities of Port Franks, Ipperwash and Grand Bend, when council reviewed a draft bylaw on Tuesday to license short-term rentals, put a cap on occupancy at 10 people per dwelling and create a 24/7 hotline for locals to report nuisance parties.

Port Stanley, a beach town on Lake Erie’s shore that’s part of Central Elgin municipality, is also considering a bylaw and recently voted 4-3 to study the issue to hopefully have a licensing scheme in place next year.

“To me we needed to regulate it,” said Mayor Sally Martyn, noting most homes sold in town often get scooped up by out-of-town investors looking to turn them into short-term rentals. “It’s a real problem in Port Stanley.”

Others, such as the Town of Goderich, are weighing their options. “Canada’s prettiest town” only has about 30 short-term rentals, but as they grow in number, it’s becoming clear to some that they can influence more than just property prices.

“We have to be careful that we don’t erode that rural fabric and rural neighbourhoods that we’ve had for centuries,” said Goderich Mayor John Grace.

With factories, a courthouse and the largest salt mine on Earth, Goderich is far more than just a tourist town.

Goderich’s 7,600 residents live there year round and they worry that if enough of the community’s homes get bought up by absentee landlords who operate short-term rentals, it would alter the centuries-long tradition of neighbours helping neighbours that keeps the community bonded together.

We need to make sure it doesn’t take over our neighbourhoods.– Goderich Mayor John Grace

“We need to get a handle on it, we need to manage it and we need to make sure it doesn’t take over our neighbourhoods.”

The Municipality of South Bruce Peninsula, a collection of beach towns about an hour and a half northeast on the coast of Georgian Bay learned that lesson the hard way.

‘Every cottage country town is facing this’

The community — which includes the lakeside towns of Red Bay, Mallory Beach and Sauble — cracked down on short-term rentals in January 2021, creating a licensing scheme, a round-the-clock hotline to report party houses, and a “three strikes and you’re out” system to keep absentee landlords in line with neighbours’ expectations.

If they don’t, they’re liable to lose their licence and could face fines of up to $500 a day, according to Mayor Janice Jackson, who said the tradition of cottaging in the community took on new intensity with the financialization of housing in Ontario.

“We’re not messing around. Partiers and people who don’t care about our community are not welcome here.

“We’re fielding increasing complaints from the community where their neighbour sold their place and now it’s party house next door, and it’s just been heartbreaking to hear some of the stories.

“We’re getting people who are buying houses sight unseen.”

Jackson said its estimated short-term rentals now account for up to 15 per cent of all private dwellings in her community, which has had serious impact on the community, turning otherwise residential neighbourhoods into tourist zones.

“Every cottage country town is facing this and COVID has really exacerbated this issue. So we had to do something.

“If this continues, we’re going to get to a point, maybe five years from now, where we have equal amount of rental properties to our permanent residents,” Jackson said.

“That is going to erode the fabric of the community, there’s no question.”

Jackson said the pandemic and the rise of the staycation brought so many visitors and outside investors to town that something had to be done to balance things out.

“We want people to come up here and enjoy South Bruce Peninsula because it’s absolutely gorgeous here, but you’ve got to respect your neighbours. We have too many people who are coming up that simply have no respect for our neighbours.”

How to protect pets’ bowls from bacterial contaminants