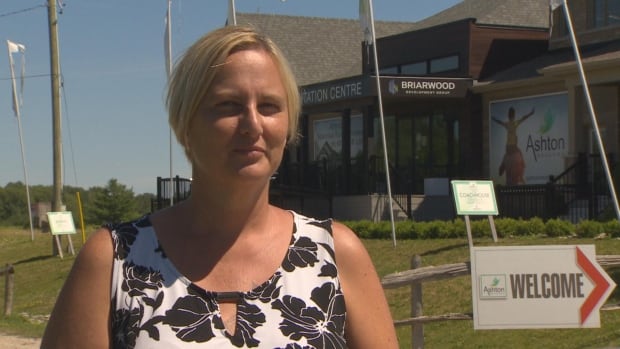 
Some buyers who years ago purchased builds in a housing development in Stayner, Ont., are fuming and calling for government intervention after they were told they would need to fork over $175,000 above what was agreed upon in contracts with the developer before their homes will finally be built.

CBC News has spoken with multiple people who bought homes in the Ashton Meadows development roughly 125 kilometres north of Toronto, and who say that in recent weeks, Briarwood Development Group has told them they either need to pay more to get their homes built, or sign a mutual release agreement, lose the homes and get their deposits back.

Briarwood maintains the sudden price increase is due to supply chain issues alongside high costs of labour and materials linked to the COVID-19 pandemic. The company said in a statement it has been “navigating these challenges and trying to find constructive ways forward.”

Buyers, however, are insistent they’re caught up in a case of corporate greed, and say the Ontario government needs to do more to protect people in their position. While Premier Doug Ford previously said the province would step in to help buyers in situations such as these, experts say the government hasn’t done enough.

“I feel like they are trying to strong-arm me and I have nowhere to turn to. I have nobody,” said buyer Jennifer LeFeuvre, who put down a deposit on a home with her husband in 2019, before the pandemic.

“I can’t even function at my job because of this. These people are getting away with murder and there’s nothing that I can do.”

LeFeuvre originally purchased her home for just over $605,000, with a deposit of more than $62,500. She said the initial closing date was supposed to be Aug. 31, 2021, but Briarwood started sending out delay notices during the pandemic.

At the beginning of May, LeFeuvre received notice from the company informing her her home still wouldn’t be finished in 2022. She was offered a mutual release where their contract could be broken and she would get her deposit back. LeFeuvre didn’t sign it — she and her husband just wanted their house built.

In July, the pair were called in for a meeting with Briarwood. LeFeuvre said they were presented with two options: either pay an extra $175,000 — nearly three years after they had initially signed their contract — or sign a mutual release form.

“Basically what they were saying to us is they don’t want to sell us this house. They want to sell it to somebody else for this new price,” she said.

“In that moment, the only thing I could think of is, ‘We’re not signing anything, we’re taking this to a lawyer.'”

Buyer Dennis Williams, who originally purchased his home at just under $787,000, said he ended up in the same boat. He got a notice from Briarwood about a week ago to pay an additional $175,000 for his home in the development, or to sign a mutual release form and get his deposit of more than $77,000 back.

In an email statement sent to CBC News, Briarwood spokesperson Svitlana Mandrus blamed the pandemic, saying it has been “truly devastating” for the development industry.

“Like many developers, we have been navigating these challenges and trying to find constructive ways forward,” Mandrus said. “This has included having continuing good-faith discussions with homebuyers.

“We always have been and always will be committed to treating our partners and customers with the utmost respect and courtesy as we work with them to resolve the many challenges that have arisen since the pandemic.”

“We just have a bunch of greedy developers,” he said.

“And why is that happening? Because the government allows it.”

Province pledges to crack down on ‘bad actors’

In November, Premier Doug Ford denounced similar practices linked to a condo development in Barrie, and said developers should bear the cost of price increases if they have already signed contracts and agreed to a final price.

He pledged to put an end to the practice “because it’s totally unfair.” When asked about the issue again at a news conference Friday, Ford said he has “zero tolerance” for developers tacking on fees.

“We’re going to continue monitoring it, and we’re going to make sure that they aren’t allowed to go there and pull the carpet out from underneath [buyers],” Ford said.

When asked what measures the province has put in place to protect buyers, Ministry of Public and Business Service Delivery spokesperson Matteo Guinci said in an email that Ontario is cracking down on “bad actors” and will defend future homeowners from “unethical and egregious” practices, such as cancelling pre-construction projects.

Guinci said the province has introduced a mandatory code of ethics for builders and vendors, and made moves to protect consumers, including enabling the Home Construction Regulatory Authority (HCRA) to levy fines of $50,000 to $100,000 on developers, with the possibility of additional fines added on top.

“We unequivocally expect all builders to operate in a professional manner with fairness, honesty, and integrity toward consumers,” Guinci said.

It is unclear whether Briarwood is facing any action from the HCRA, though the authority’s website lists no orders, disciplinary activities, charges or convictions linked to the numbered company listed as the vendor on documentation provided by homebuyers in this story.

The HCRA could not respond to questions by the initial publication time for this story.

The HCRA was launched in February 2021, with the responsibility of licensing and overseeing some 6,000 developers and builders in Ontario. The agency says it responded to more than 600 complaints in its first year of operation.

Aaron, the real estate lawyer, said the province’s code of ethics is ill-defined and does nothing to protect consumers in situations like these — calling penalties of $50,000 to $100,000 a “permission licence” that amounts to the cost of doing business for developers.

“Those charges are so low that they don’t discourage anybody for anything,” he said.

“Ontario homebuyers deserve better … the government is not protecting consumers.”

In the meantime, people like LeFeuvre are left in limbo and staring down a legal process that could take years — all the while without her home being built.

She said she voted for Ford in the last provincial election, in part with his stated support for hard-working Ontarians in mind.

“Now, are you going to support me?” she asked.