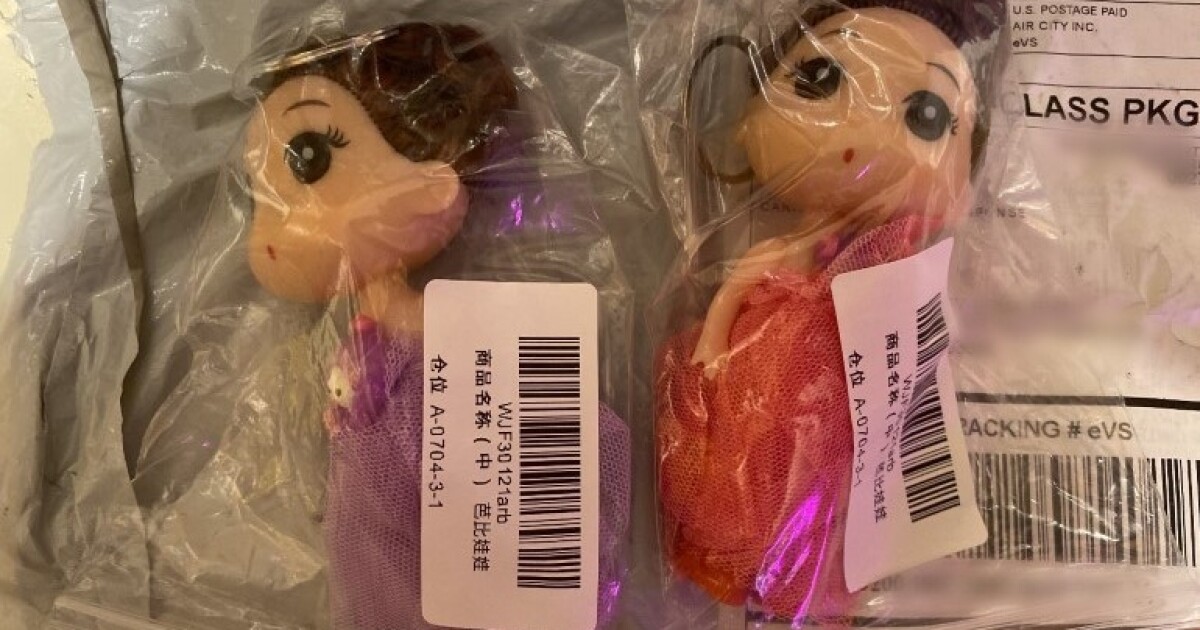 Online shopper buys specialty Barbie dolls, gets something very different in the mail


With so many retailers offering extended deals this holiday season, when you see a good price, it’s hard to pass up. That was the case with Edward Buth.

Buth thought he was buying these two rare Mattel “Day of the Dead” Barbie dolls.

But this is what arrived at his home:

“Not even remotely close!” Buth said.

“When we received them, I was at work. My partner received them because they were supposed to be for him and he’s like ‘We got bamboozled'” Buth continued.

“It clearly didn’t say anything about miniature dolls or anything of that nature,” he said.

Buth told us he saw the dolls advertised on his Facebook feed. He clicked and arrived at a website for a retailer he had never heard of before.

It’s a decent deal especially when you compare it to the $118 he paid for one of these specialty Mattel Barbies he found on Amazon. That doll he ended up returning because of this appealing price.

“They are the Day of the Dead dolls and it’s looking like they come out once a year kind of like Mattel’s anniversary Barbie comes out once a year,” he said.

“Needless to say, we did get bamboozled,” Buth said.

Buth tried contacting the company to return these mini-dolls. There wasn’t a phone number on the website, but an email address was listed.

“The email just kept getting returned,” he said.

TMJ4 News tried reaching out too and had the same result. So, we asked a cyber-security expert with Brookfield tech company, Sikich, to look into the web address where Buth bought the dolls and learned this site was first registered in September of this year.

Setting up a large online store that fast, Sikich says can be a red flag. The expert we spoke with also says a common tactic used by bad actors is to list almost every product it has for sale.

“If they weren’t plastic, I’ve actually thought about giving them to my dogs as maybe chew toys,” Buth said.

“I should have realized that if I want something reputable, I should have to pay a little bit more and that should be a warning to everyone,” he continued.

Buth used a credit card to buy the dolls, which offers better buyer protection. So, he ended up getting his money back from his bank.